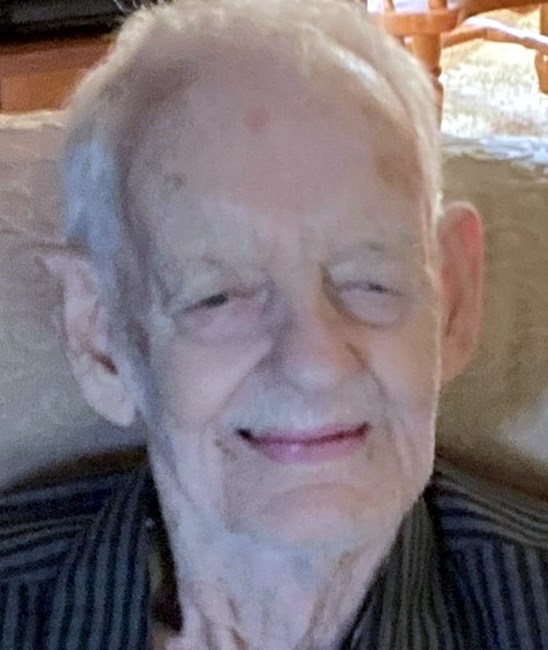 Lynwood Fox, 89, of Luray, VA, passed away on January 16, 2023 after a lengthy battle with Dementia. Lynwood was born on April 3, 1933. He was preceded in death by his father, Kirby Fox, Sr., mother, Pauline Short Fox, three brothers, Kirby Fox, Jr., Carl Fox and John Fox. He is survived by his wife, Lona Fox and two sons, Lynn Fox, of Shenandoah, VA, and Landon Fox, of Luray, VA; a granddaughter, Christina Swecker and great granddaughter Charlotte Swecker, of Weyers Cave, VA. Lynwood was a member of Calvary Independent Brethren Church in Stanley, VA; he gave his life to Jesus, and helped the church as much as possible, singing, etc. He was an army veteran, he never met a stranger, if he liked you, you were going to be picked on, the more he liked you the more he picked. He would help anyone that needed help! He was a mechanic all his life, at the Luray tannery, the door plant in Stanley, Atlas Steel, but was best remembered as the McCullough chain saw man at Fox's Repair Shop. He also worked for Louderback Implement, New Market Feed and Hardware, and at Fox Lawn and Garden in Shenandoah, VA. Lynwood enjoyed playing & singing bluegrass & gospel music, he played guitar, banjo & upright bass and with his son Lynn, formed Red Brush Express Bluegrass Band and they played together all over Virginia, West Virginia, and made a trip to Nashville Tennessee where they were honored to play a show at The Opry Land Hotel. He would help any band that needed someone to fill in. He wrote and recorded a song “Rock Up To Glory”, that was on a cassette recording “Virginia on my Mind”, it will be posted on YouTube and Facebook in a few weeks. He was a very special man, we will all miss him! There will be a Memorial Service sometime in the future! Instead of flowers, please send donations to the Stanley Volunteer Rescue Dept. or Skyview Springs in Luray, Virginia. Please be in prayer for my mom, Lona Fox; my brother, Landon Fox; and myself, Lynn Fox for peace in the coming days! So Long For Now Dad, I'll See You In A Little While And We'll Play For Jesus!
See more See Less

In Memory Of Lynwood B. Fox

A Memorial Service Will Be Held At A Later Date.