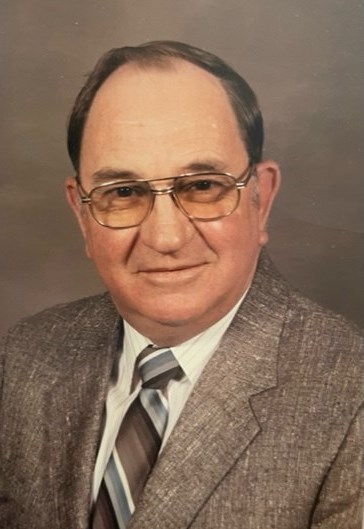 Andrew Clifton “Cliff” Johnson was born on June 25, 1931. He went to be in the arms of Jesus on Thursday, May 12, 2022. He was met at the gates of Heaven by his wife, Mary “Betty” Johnson, son, Andrew “Andy” Johnson, mother, Beulah Johnson, father, Houston Johnson, a brother and all of his sisters. Cliff was a member of the United State Army. He served during the Korean War. While in Korea, he worked with the Army Corp of Engineers. After returning stateside, Cliff remained part of the Army National Guard for several years. In his youth, Cliff loved playing football. If you were to ask him which football team was his favorite, he would always say LSU. He made a career as an insurance salesman. Cliff also enjoyed taking care of his many rental properties after he retired. He was married to Betty Johnson for almost 68 years. Cliff never met a stranger. He could carry on a conversation with just about anyone. After losing his beloved wife in 2020, he made a community of friends at The Chateaus at the Montclair in Shreveport. He is survived by his daughter, Susie Buffington (Guy), granddaughters, Mary Buffington, Lynn Porteous (Don), Lauren Buffington, Mary Johnson, and Jessica Johnson, as well as great grandchildren, John, Alyssa, and Elaina. Visitation will be held Tuesday May 17, 2022 at 9:00 AM followed by a graveside service at 10:00 am at Centuries Memorial Funeral Home and Park, 8801 Mansfield Rd, Shreveport, LA 71108. In lieu of flowers, memorial contributions can be made to Basic Necessities in Shreveport or the Alzheimer’s Association. The family would like to thank the staff at The Chateaus at Montclair, Pilgrim Manor, Elara Home Health, and LifePath Hospice for the wonderful care and kindness shown to our family.
See more See Less

In Memory Of Andrew Clifton Johnson