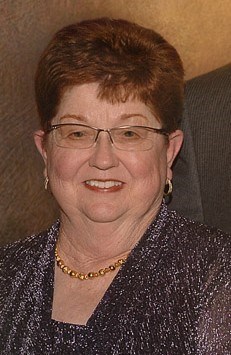 Sherry Johnson Gordon passed away peacefully on January 18, 2022 at 6:30 pm surrounded by her family. She was 78 years old. Sherry was born April 9, 1943 in Alexandria, Louisiana. She is the daughter of the late Herbert Johnson and the late Ruby Aiken Johnson. She grew up in Sieper, Louisiana and attended school at Oak Hill in Hineston, Louisiana. As a second grader Sherry noticed a boy on the playground who could stand on his head, Norman Gordon. That early admiration eventually led to their courtship in junior high and high school. Norman and Sherry were married August 29, 1963 at her home in Sieper, Louisiana. They parted this week, for a little while, after 58 wonderful years together. Sherry was known for her pragmatic, unsentimental approach to life. But there were exceptions: her passionate love for her husband, her devotion to her children and family, and her love for her Saviour. Sherry is survived by three sons: Stephen Gordon, Paul Gordon, and Daniel Gordon. Her daughters by marriage are Stephen’s wife Sheralyn McFaul Gordon, Paul’s wife Brianna Tobin Gordon, and Daniel’s wife Jenifer Pierson Gordon. Sherry was blessed with nine grandchildren: Stephen’s sons Timothy, Matthew, Thomas, and Andrew; Paul’s children: Evan and Molly; and Daniel’s sons Grant, Micah, and Levi. Sherry was preceded in death by her two sisters Faye Johnson Frank, and Laine Johnson Ivey. Sherry is survived by her brother-in-law Thomas Wayne Ivey and his wife Judy, and two nieces: Lana Ivey Allen and Lisa Ivey Wooten, their children, and their grandchildren.. Sherry was preceded in death by her brother-in-law Shelby Gene Gordon and his wife Clydine Gordon. She is survived by Shelby Gene and Clydine’s children Brian, David, and John; and their children. Sherry was preceded in death by her sister-in-law Frankie Hilton and her husband A.C. Hilton. Sherry is survived by her sister by marriage Jo Lynn Crews, her three children: Rodney, Keith, and Crystal, and their children. Sherry went to college first at Northwestern State University in Natchitoches, Louisiana, and then she completed her four-year degree at LSU Baton Rouge. Sherry completed her Masters in Mathematics at the University of Arkansas in Fayetteville. Norman and Sherry had an adventurous life together. After marriage Norman was commissioned as an officer in the Air Force. Throughout Norman’s service Sherry stood by his side through deployments in Washington State, Washington D.C., and the Panama Canal Zone. It was there in Panama that Sherry became a mother with the birth of their oldest son Stephen. After Norman’s honorable discharge from the service, Sherry supported her family financially as a school teacher while Norman attended Law School in Baton Rouge. Sherry continued teaching school as Norman started his law practice in 1973 in Shreveport. In 1974 Norman and Sherry purchased their home on Hallmark Drive where they lived happily for many years while raising their children. It was while living there that Paul was born in 1975 and Daniel was born in 1977. As Norman’s law practice grew, Sherry was able to leave teaching to be a full time homemaker. Sherry was dedicated and tireless in supporting her family. Around 1980 Norman and Sherry purchased the property in Keithville where they would later build their final home together. Sherry loved her church family at Brookwood Baptist Church where she and Norman worshiped and served for many years. Sherry is survived by many dear Christian brothers and sisters at Brookwood and elsewhere - too many to list But Sherry loved and thanked God for each of you.. Sherry loved the small mountains in Arkansas. She fell in love with the countryside surrounding Murfreesboro, Arkansas first while camping with friends at Lake Greeson in the 80’s and early 90’s. In 1999 she and Norman built a cabin on the Little Missouri River that they shared with friends, family and many church groups for more than 20 years. In her final days Sherry’s love for her husband and family was more evident than ever. While she looked forward to her homecoming in heaven, she expressed concern that all her family know and commit fully to her Lord. As her memory faded she found comfort in repeatedly hearing the testimonies of her children. In moments of confusion she found solace in the words of scripture and the singing of hymns. Visitation will be held at Brookwood Baptist Church in Shreveport on Saturday, January 22 at 12 noon. The funeral service will follow at 1:00 pm. In lieu of flowers the family asks the donations be made Brookwood Missions through Brookwood Baptist Church in Shreveport.
See more See Less

In Memory Of Sherry Johnson Gordon