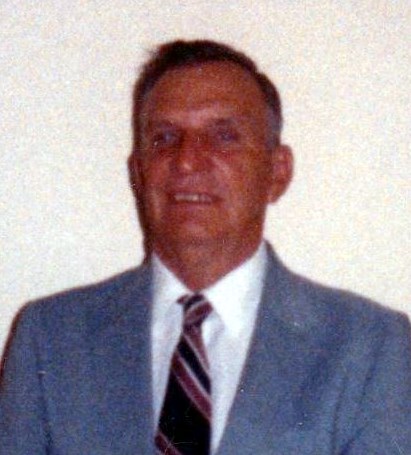 Edward “Arlene” Clark, age 95, passed away on July 19, 2022 at the Missouri Veterans Home in Cape Girardeau, MO. He was born on February 7, 1927 in Cooter, MO to the late William and Flossie Beard Clark. On March 14, 1947 in Piggott, AR, he married Betty Jane Wescoat who preceded him in death on August 27, 2019. Arlene served in the U.S. Army as a statistician, during World War II. He was a member of Kewanee Missionary Baptist Church in Kewanee, MO for forty-six years and a member of the Masonic Lodge for over seventy years. He was a retired farmer. Survivors include six daughters, Terry (Lindell) Eakins of Sikeston, MO, Sherry (Jim) Bonner of Sikeston, MO, Melanie Stinson of Sikeston, MO, Jane (Kenny) Yates of Sikeston, MO, Jean (Robert) Medlock of New Madrid, MO, Beth Borton of Sikeston, MO, one daughter-in-law, Janet Clark of Poplar Bluff, MO, and fifteen grandchildren and twenty-one great-grandchildren, and one great-grandson due in September, one great-step-grandson and four great-great-grandchildren. In addition to his parents and wife he was preceded in death by one son, Stephen Bruce Clark; one son-in-law Ralph Borton; one great-granddaughter; four brothers and four sisters. Visitation will be held on Monday, July 25, 2022 from 5:00 p.m. until 8:00 p.m. with Masonic Rites at 7:00 p.m.at Nunnelee Funeral Chapel in Sikeston, MO. A graveside service will be held Tuesday, July 26, 2022 at 11:00 a.m. with Jeremy Jackson officiating at Evergreen Cemetery in New Madrid, MO with military honors. Pallbearers will be Christopher Padilla, Caleb Stinson, Joey Higgerson, Thomas Higgerson, Elias Borton, Hunter Borton, Jared Yates, and Steven Padilla. The Clark family would like to extend their sincere thanks to Roxie, Justin, and the staff of the Missouri Veterans Home in Cape Girardeau, MO, and to Rebecca and the staff of Crown Hospice. Fond memories and expressions of sympathy may be shared at www.nunneleefuneralchapel.com for the Clark family.
See more See Less

In Memory Of Edward "Arlene" Clark