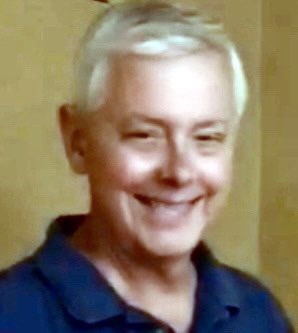 Gene Wayne Spitzmiller, age 70, passed away on Friday, July 29, 2022 at St. Francis Medical Center in Cape Girardeau, MO. He was born on August 31, 1951 in Poplar Bluff, MO to the late Norman L. and Betty Jo Cox Spitzmiller. Gene had many professional accomplishments throughout his life time. He attended Georgia Institute of Technology where he obtained his Bachelor of Science in Industrial Management in 1974, Washington University Juris Doctorate in 1977, United States Army as the rank of Captain and Judge Advocate and was honorably discharged in 1979. From there he attended the University of Missouri-Columbia receiving his Masters of Science in accounting in 1984, and then went on to become a Certified Public Accountant in 1984. Gene's law office was located at 228 E. Center St. in Sikeston, MO where he also practiced as a C.P.A. in the family C.P.A business. Beginning on September 1, 1989, Gene also was employed as a hearing officer for the Personnel Advisory Board (Board) of the State of Missouri. He has been a member of the Missouri Bar Association since 1977. Survivors include his four sisters: Sharon Gunn and Linda Bridger of Sikeston, MO.; Elizabeth (Neil) Corbett of Winter Garden, FL.; Ellen (Jim) Wiss of Atlantic Beach, FL.; niece Aria (Jed) Maslow of Nashville, TN and great nephew Jack Maslow of Nashville, TN. He was preceded in death by his parents, Norman L. and Betty Jo Spitzmiller and two brothers-in-law; Danny Bridger and Gary Gunn. Graveside services will be conducted on Thursday, August 4, 2022 at 11:00 a.m. at Garden of Memories Cemetery in Sikeston, MO. under the direction of Nunnelee Funeral Chapel. Jennifer Moxley, Pastor of the First United Methodist Church in Sikeston will officiate. In lieu of flowers the family is requesting that donations be made to: First United Methodist Church, P.O. Box 682, Sikeston, MO. 63801 or to St. Jude Children’s Research Hospital, 501 St. Jude Place, Memphis, TN. 38105 Fond memories and expressions of sympathy can be shared at www.nunneleefuneralchapel.com for the Spitzmiller family.
See more See Less

In Memory Of Gene Spitzmiller