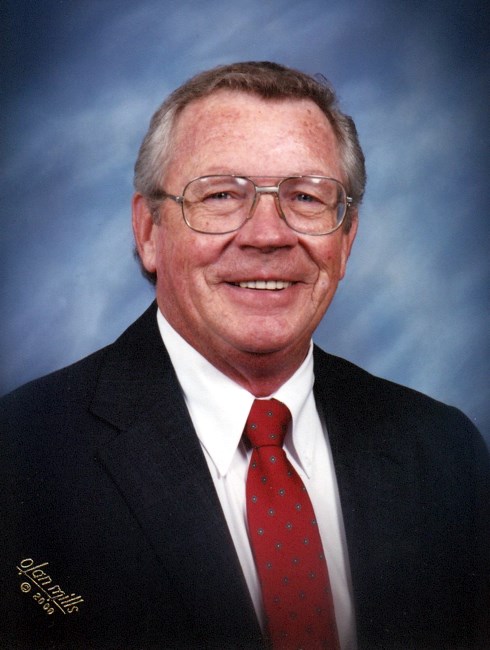 Jerry Wayne Tomlinson was born on August 19, 1941 and passed away August 8, 2022 just days before his 81st birthday. Jerry was a loving husband, father and papa. He was proud to be from Halls, TN. and was an avid Tennessee Vols fan. He moved to Paducah, KY. Where he met the love of his life, Wanda Brookshire, and was married to her for 58 years. They settled in Sikeston, MO. to raise their family. Jerry served his country through the U.S. Army from 1959-1962, and received honors for marksmanship. He worked for many years in sales with different companies. Later, he worked as an over the road truck driver and retired from Crop Production Services in Sikeston, MO. Jerry had a strong faith in Jesus and he was a long time member of the First Baptist Church of Sikeston, where he had served as a deacon, widow, student, and security ministries over the years. He was preceded in death by his parents, Wes and Nona Tomlinson, five brothers and one sister. He is survived by his wife Wanda; daughter, Debbie (Steve) Austin of West Monroe, LA.,and Theresa (Lee) Dacus of Sikeston, MO.; one son, Wade (Susan) Tomlinson of Rogers, AR.; seven grandchildren: Katelynn Austin, Sarah (Hunter) Taylor, Kelsey (Michael) Seaman, Megan (Damian) Justice and Addie, Wes, and Brooks Tomlinson; three great grand-children, Piper, June, and Nora, along with many nieces and nephews that he loved. In honor of Jerry, visitation will be on Sunday, August 14, 2022 at Nunnelee Funeral Chapel from 6:00 p.m. to 8:00 p.m. The funeral service will be on Monday, August 15, 2022 at 10:00 a.m. with Matthew Vroman, Pastor of the First Baptist Church in Sikeston, officiating. Interment will follow in the Missouri State Veterans Cemetery in Bloomfield Missouri. Fond memories and expressions of sympathy can be shared at www.nunneleefuneralchapel.com for the Tomlinson family.
See more See Less

In Memory Of Jerry Tomlinson