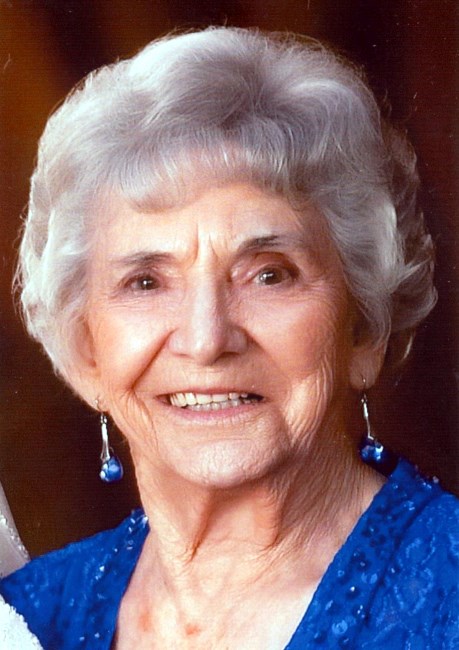 Loretta Latham Alsup Crenshaw, age 101, passed away peacefully on August 6, 2022 at the Sikeston Convalescent Center in Sikeston, Missouri surrounded by her family. She was born August 17, 1920 in Matthews, Missouri to the late Clarence Latham and Laura Thurmond Latham. On April 1, 1941 in Sikeston, Missouri she married Ross N. Alsup who preceded her in death October 21, 1988. She later married Bridwell Crenshaw who also preceded her in death. She is survived by one son, Darrell Alsup (Donna) of Sikeston, Missouri, one daughter, Dianne (Dan) Jennings of Sikeston, Missouri; four grandchildren, Derek (Kara) Alsup of Savannah, Georgia, Lisa (Eddie) Masters of Sikeston, Missouri, Chad (Ashley) Jennings of Andover, Massachusetts, Laura (Eugene) Antipov of Watertown, Massachusetts; and six great grandchildren, Jeffrey Hay, Lauren Dow, Ethan Antipov, Ella Antipov, Chase Jennings, and Jude Jennings. In addition to her husband and parents, she was preceded in death by two brothers, Merrill Latham and Ray Latham and one sister, Bernice Wagner and a special friend, Harold Springs. She was a founding member of the Tanner Street Church of God in Sikeston, Missouri and was an active member for 81 years. She designed and implemented the Tanner Street Memorial Garden on the grounds of Tanner Street Church of God in Sikeston. Visitation will be held on Tuesday, August 9, 2022 at Nunnelee Funeral Chapel in Sikeston, MO at 11:00 a.m. until time for services at 1:00 p.m. with Dr. Gary Denbow of Mason, Ohio officiating. Dr. Reverend Georg Karl, pastor of Tanner Street Church of God, will be assisting. Burial will follow in the Garden of Memories in Sikeston, MO. Pallbearers will be Eddie McDowell, Alvin Hillis, Danny Freeman, Justin Landers, Jason Landers, and Rick Landers. Donations can be made to Tanner Street Memorial Gardens, 619 Tanner Street, Sikeston, MO. 63801. Family would like to say a special thank you to her care giver, Teresa Aubrey. Fond memories and expressions of sympathy may be shared at www.nunneleefuneralchapel.com for the Crenshaw family.
See more See Less