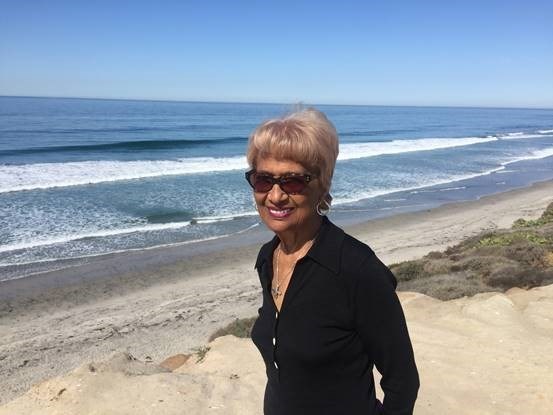 Patricia (Pat) Carter Greer, 85, of Chandler, AZ, passed away February 7th, 2021. Pat was born to John Howard Carter and Kathryn Fountain Carter, December 10th, 1935, in Plainfield, NJ. She graduated from Plainfield High School and attended Spelman College in Atlanta, GA, where she earned her Bachelor’s Degree in Education. Ever driven, she went on to earn her Master’s Degree from the University of Massachusetts. Additionally, Pat married Roosevelt (Ted) Greer, Jr. in 1963, and they lived together in Washington, DC. Together they raised two children. She leaves as her legacy her two boys: Gary Stephen Greer, his sons Carter and Noah, and Christopher Michael Greer (Colleen), their son Elias and daughter Isa. Her children remember her as a paragon of love and support. She was preceded in death by Roosevelt Greer Jr. (husband), Howard Carter (brother), Richard Carter (brother), Barney Carter (brother), Barbara Alston (sister), Jean Yates (sister) and Kathryn Smith (sister). Pat was an educator in the Washington, DC Public School System until she retired in 1995 and was passionate about affecting the most positive change in people. She was a well-loved elementary school teacher who was motivated to improve the lives of students and families in her community. She was a member of the DC Public School System Innovation Team, which developed ways to train new teachers. Pat went on to become principal of both John Eaton and Phoebe Hurst Elementary Schools, her favorite jobs. Her role there impacted many lives, and she remained in touch with and mentored staff, students, and parents long after she retired. Before “Diversity” became a buzzword, Pat’s vision brought together Black, White, Latin, Asian students and their families to learn, communicate, respect, and love. Her success earned her an invitation to help establish The Principals’ Center at the Harvard School of Education. As a crowning achievement, just after her retirement, she was invited by the Government of Australia to speak about the importance of diversity in education, and proudly did so. Quoting a former student, “I loved John Eaton with all my heart. Your mother created a school that was a warm home for children of many different nationalities, races, religions, and classes. I believe that if every kid had the chance to go to a school like Eaton, this country would be a better place. I’m so sorry for your loss. I will always be grateful to your mother for running such a wonderful school.” In retirement, Pat moved to Chandler, AZ. She was an active member at St. Matthews Episcopal Church, belonged to the Order of the Daughters of the King, and enjoyed visits with her grandchildren, family, and an extensive network of friends. She remained, and will always be, a major influence and inspiration to all she touched. Pat’s wish was to not have a funeral service where people are somber and sad. She asked that there not be a service at all and that she be remembered warmly in story, smiles and laughter. In lieu of flowers, the family request that donations in Pat’s name be sent to her Church: St. Matthew’s Episcopal Church P.O. Box 1959, Chandler AZ 85244
See more See Less

In Memory Of Patricia C Greer