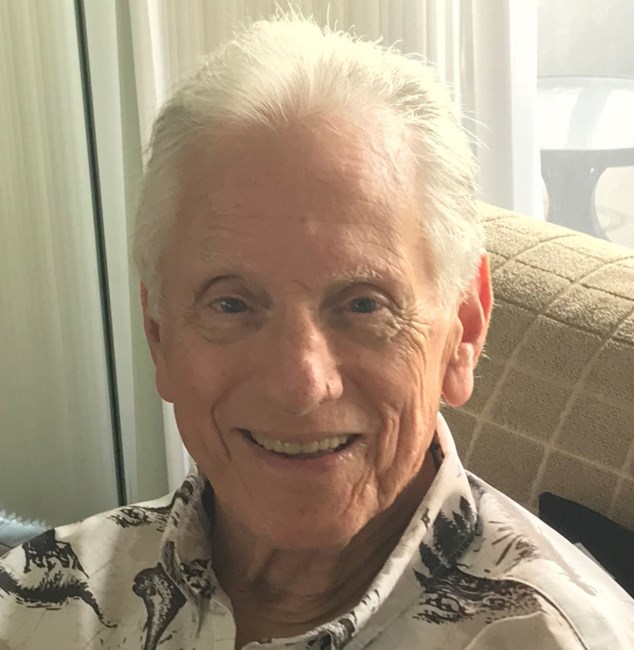 Robert Lewis Dicken (85) passed away on January 20th surrounded by his family. Robert Lewis Dicken was born, raised and proud to be a second generation Washington, DC native and life-long Redskins fan. Known to his friends and family as Bob, Bobby, “Mr. D” or Grandpa, he always had a very positive outlook on life. He truly enjoyed the finer things that life had to offer: Love, family, friendship, and kinship. To many, he was a mentor and role model. To his family he was a loving Patriarch, who always tried his best to keep everyone connected and make everyone feel loved. Anyone who knew him, knew that if anything was ever needed, Bob would always be there. Bob was born on January 13, 1937 in Washington, DC. His parents, Morris and Bessie Dicken, taught him his core values in life of respect, love, kindness and caring. Bob and his family lived on Georgia Avenue in Washington, DC, three blocks above Walter Reed Hospital. They then moved to Takoma Park, Maryland. While there, Morris was drafted into World War II. Being unable to keep the house with him away, they sold the house and moved into a rented house with Bessie’s brother, Al Furr. The two families lived and worked together at their DGS grocery store in Mt Rainier, Maryland. In his early 20’s Bob and his date double dated with Marvin Segal and his date, Audrey Aron. After the date, at Bob’s request, Marvin gave Audrey’s phone number to him. They began dating and, soon after, Bob proposed to Audrey over the phone. They were married on February 8, 1959. Two years later, Neil was born. The family bought a house in Adelphi, MD that would remain the family home for approximately 15 years where Phillip and Shari were born. Bob treasured Date Nights with Audrey, card games with friends, and visiting extended family and friends on the weekend. Bob’s parents both came from large families and one family tradition that he always looked forward to was the annual Cousin’s Club picnic. His cousins weren’t just family, they were also cherished friends as well. When Audrey was diagnosed with cancer, Bob continued to show his enduring love for her by seeking the best care available, and making sure that she and the kids were well taken care of. Before her passing 17 years later, in 1986, they traveled as much as possible, and danced as long as she was able. They were married for 27 years. After Audrey’s passing, Bob received tremendous support from his large network of family and friends. Having not dated for over 30 years, Bob was rusty at the dating game. Luckily, he was introduced to Arla Miller by friends, Nanci and Buddy Weitzman. After dating a short while, they decided it was time to have dinner where Bob’s kids could meet Arla’s son. At this first meeting, everyone was anxiously gathered around the table. Arla’s son Josh, 14, nervously asked Neil to pass a dinner roll. Neil proceeded to throw it across the table. What a nice ice breaker and foundation for becoming a great blended family. Bob recognized just how special Arla was and, as was his tradition, he proposed to her over the phone two years later. They were married in 1988 and spent 33 happy years together before his passing. They enjoyed traveling and in their later years, they became Snowbirds and bought a place in Florida to enjoy the warm weather. Bob had a very strong work ethic and worked many long hours to provide for his family. He also had a much diversified work history. He sold Hahn’s (ladies) shoes, tended bar for Uncle Bernie, worked in his family-owned grocery store, worked construction for Uncle Louis, was a gun-toting partner in a beach and amusement park with Bobby Langert, partnered in a pharmacy/liquor store, and worked for and eventually became partners with Irving Shuman in the liquor business. In 1976, they opened Party Time Liquors. Five years later, he was joined in business by his oldest son, Neil, who worked with him until Bob’s retirement in 2009. Bob and Neil would continue to own the business until it was sold in May, 2016. Bob passed away on Wednesday, January 20, 2022, at the age of 85, surrounded by his family. Pre-deceasing him were his parents, Morris and Bessie Dicken, his older brother Norman Dicken, and his first wife, Audrey Aron Dicken. Survivors include his wife, Arla (Cantor Miller) Dicken; four children; Neil (Linda) Dicken, Phillip (Leslie) Dicken, Shari (Dicken) Clark, and Joshua Miller (Dr. Katheryn Ryan), eight grandchildren; Andrew and Brian Dicken, Cailley Tyree (Dylan) Murphy, Jake and Charlie Dicken, Aundrea and Collin Clark, and Elizabeth Ryan Miller, two great-grandchildren; Cash and Layne Murphy; his brother Tommy (Barbara) Dicken and many cherished relatives and friends. In Lieu of flowers, the family asks for donations to JSSA Hospice or the American Cancer Society. Outside graveside services will be on Sunday, January 23rd at 2:00 PM at Judean Memorial Gardens. Only vaccinated, boosted and masked attendees, please. Services and shiva will be available online. Refer to the Hines Rinaldi Funeral Home website for details. A graveside service & interment for Robert will be held Sunday, January 23, 2022 at 2:00 PM at Judean Memorial Gardens, 16225 Batchellors Forest Road, Olney, Maryland 20832. The service can be viewed online at https://afterword.com/stories/robert-lewis-dicken Fond memories and expressions of sympathy may be shared at www.hinesrinaldifuneralhome.com for the Dicken family.
See more See Less

In Memory Of Robert Lewis Dicken