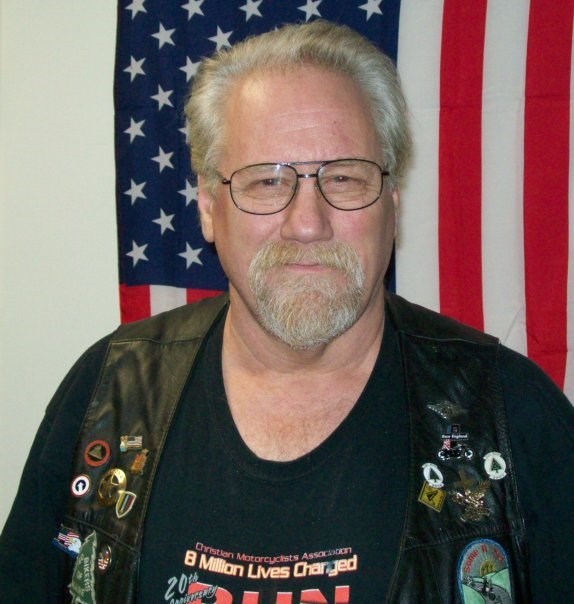 Richard Alan Palmer, age 75 passed peacefully on Monday, January 17th at Togus VA hospital. He was born September 11, 1946 in Newport, Maine. Richard had joined the Army after high school. He continued to be involved in the service later in life by assisting other VA vets to their appointments. He attended San Jacinto Community College and graduated in 1983 with an Associates Degree. Richard was a jack of all trades, taking on hobbies like sewing Halloween costumes for himself and his daughter, fixing things around the house, making things, writing poetry, looking up his genealogy, as well as CB radio and Ham radio. He had a great interest in repairing electronic devices, which three of his children took an interest in as well. He enjoyed being around his family and friends having BBQs, Pig roasts, family reunions, etc. Richard was an active member of his Church, volunteering to help local church members. Richard moved to California shortly after getting out of the Army. He resided there until 1987 when he brought his youngest daughter back to Maine, to be raised near family. He was an avid motorcyclist, and was a member of the Christian Motorcyclists Association. He took much joy in participating in the yearly United Bikers of Maine Toy Run. Richard was survived by his brother James Palmer of Augusta, ME; his sister Norma Wing of Vienna; his daughter Margaret Palmer of Milo; granddaughter Kylie Santerrel and her husband Aaron and their five kids Aila, Maryn, Zelie, Isaiah, and Silas; his daughter Deanne Willis of Louisville, KY; granddaughter Paige Chappell and her two daughters Rylee and Mollie and grandson Connor Willis: his son Richard A. Sisco of Canaan, ME; grandchildren Derek, Alana Bri, Ricky; his daughter Megan M. Mattor of Attleboro, MA; and one other Daughter who resides in Arizona. He was preceded in death by his mother Aretta Roderick, his father Ernest Palmer; his brothers, Earl Palmer and Thomas Palmer; his sisters, Laura Chase, Eleanor Ryder, and Janet Palmer. The family would like to express their thanks to Togus VA hospital and hospice for their compassion and kindness during the 6+ years he stayed under their care; and during his last few days. In lieu of flowers, the family asks that you donate to The Fisher House 1 VA Center (Fisher House) Augusta, ME 04330, allowing families of veterans to stay close to their family in the hospital, or the National Motorcycle Safety Fund, 2 Jenner, Suite 150, Irvine, CA 92618 helping train riders to make motorcycling a safer and more enjoyable experience for all. Visitation will be held for Richard on Tuesday, February 1, 2022 from 8:30-10am at Smart and Edward Funeral Home, 183 Madison Ave, Skowhegan, with a Mass of Christian Burial beginning at 11 at Notre Dame de Lourdes Church in Skowhegan. 
See more See Less

In Memory Of Richard Alan Palmer