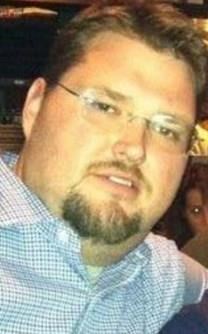 Stephen Lee Bush, 41, of Snohomish, WA passed away suddenly on May 1, 2017. Steve was larger than life, physically he was a mountain of a man. He had a big heart and you couldn’t help but be captivated by his presence. He was a sociable and charming man who always made you feel that you were his only focus when you were in his company. Steve married Angela in 2002 and together they raised Tara, 20 and Nicholas, 13. Steve attended high school in Colorado, where he excelled in football earning top honors as a: Pre-Season All American pick by Super Prep and Blue Chip Magazines, All-state pick by the Denver Post and Rocky Mountain News, and league MVP runner-up. He later went on to play Division 1 college football at Washington State University in Pullman, WA. Athletics and sportsmanship were always a passion for Steve. He utilized his love for the game to coach and instill his passion in everyone he interacted with. Whether it be at work, coaching, or hanging out with friends, he was always able to bring the best out of you. He loved to watch his kids play sports. Whether it was his daughter playing basketball or throwing hammer in track, or his son in football, basketball and lacrosse, he was enthusiastically involved in their lives. He had a passion to make sure all kids felt important when he was coaching. You could see the passion on the faces of each player he interacted with. He strived to make each of his athletes feel capable. He loved his work and his co-workers, he enjoyed making sure all the pieces in the cog were moving smoothly. He was surrounded by co-workers that he respected dearly and was a humble man who did not need accolades in order to enjoy his success. His satisfaction came from knowing the job was done right and the people involved were gratified. As a devoted and loving husband his love for his family was enormous. He could make you laugh with ease and you couldn’t help but feel safe and loved when you were with him. He adored his wife and children and instilled hard work, dedication, perseverance, and integrity into them. He wanted his children to know that they were so loved and know that no mistake or misstep would ever make them different in his eyes. He was a loving son, brother, and uncle. As a triplet, he was the antagonist of the three, always ready to make them smirk with his antics. He was an affectionate son that also enjoyed picking on his mother. He always had a great sense of humor and enjoyed making her smile with his infectious laughter; they enjoyed a playful banter. In lieu of flowers the family requests that you donate to your local youth football and/or lacrosse program, as furthering the development of young athletes was an important cause for him. The celebration of Steve’s life will be held in the Snohomish High School Commons on May 7th 2017 from 1-4:30. Arrangements under the direction of Bauer Funeral Chapel, Snohomish, WA.
See more See Less

In Memory Of Stephen Lee BUSH