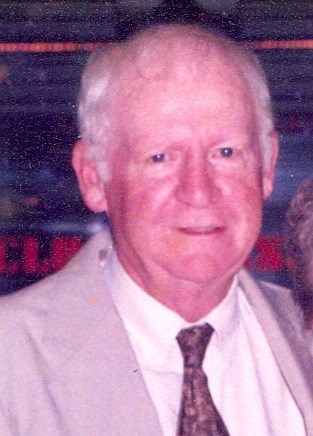 David F. Quigley, age 83, of Rehoboth, passed away surrounded by his family on Thursday, January 20, 2022. He was the husband of the late Jean M. (Desmarais) Quigley. Born in Fall River, he was the son of the late Richard F. and Valla A. (Partington) Quigley. A graduate of B.M.C. Durfee High School, David went on to receive a Bachelor’s degree from Durfee Tech. He was in the Navy Reserves for 23 years and worked for GSA as a Government Inspector for 28 years before his retirement in 1995. David enjoyed bowling, golfing, trips to the casino and scratch tickets. He was an avid New England sports fan who loved travelling, especially to Newport, and he could usually be found at Magoni’s in Somerset where he was a regular. Above all other things, David loved spending time with his beloved family whom he adored. He is survived by two children, Stephen A. Quigley and his wife Joy of Warren, RI and Mary Ellen Costa and her husband Michael of N. Dighton; eight grandchildren, Ryan Quigley and his wife Ericka, Michelle Molina and her husband Tony, Ryan Willwerth, Derek Willwerth, Kyle Quigley, Nicholas Costa and his wife Heather, Timothy Costa and Alyssa Quigley; four great grandchildren, Miah DeChaves, Alena Costa, Violet Molina and Michael Costa as well as several nieces and nephews. David was the brother of the late George E. Quigley and Richard F. Quigley, Jr. His Funeral Service will be held on Wednesday, January 26, 2022 at 8:15 AM from the Waring-Sullivan Home at Rose E. Sullivan, 866 County St, Somerset followed by a Funeral Mass at 10:00 AM in St. Nicholas of Myra Church, 499 Spring St, N. Dighton. Relatives and friends are invited. Burial will be in St. Patrick’s Cemetery, Somerset. Visitation will be on Tuesday from 4:00 to 7:00 PM. For tributes and directions, please visit: www.waring-sullivan.com
See more See Less

In Memory Of David F. Quigley