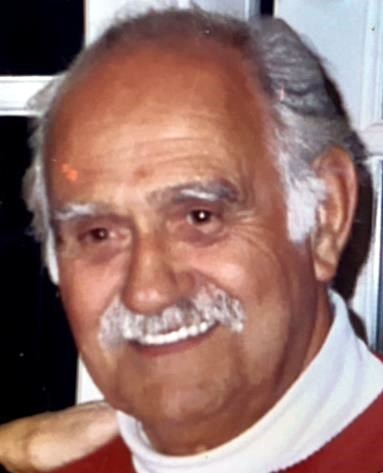 Joseph P. A. Plante of Brewster, Mass., passed away on May 21 from complications related to kidney disease. He was 90 years old.

He is deeply missed by his wife of 41 years, Cecile, and by his seven children and 14 grandchildren. To the end of his life, he played a sharp game of cards, made outstanding clam chowder, and flouted his doctors’ instructions, most notably by sneaking donuts. He loved to shellfish, grow vegetables, watch sports, nap in his hammock, and, most of all, golf—the last game of which he played at the Captains Golf Course in Brewster the week before his death. When he and Cecile retired to Brewster in 1986, Joe took on part-time jobs to fill his time, including maintenance manager at several Cape Cod post offices and as usher and altar server at Our Lady of the Cape. He also became a deputy shellfish constable, which drew on skills he had honed decades earlier in Biddeford, Maine. As teenagers there, he and his brothers dug famously large bushels of clams to help support their family of 12. The Boston Sunday Post on Sept. 1, 1946, called them “Maine’s champion clammers.” In 1987—41 years later—Joe was again in the news when the Brewster Oracle dubbed him the “clam man” for his skill at teaching others to shellfish.

Joe was born in 1930 in Biddeford. He graduated in 1950 from St. Louis High School, where he played varsity baseball and went on to pitch in the minor leagues. His family moved to Worcester, Mass., in 1951, which is the same year he enlisted in the U.S. Marine Corps. He served during the Korean War as a corporal and until his last post in Japan in 1954. When he returned home, he earned a degree from Wentworth Institute in Pattern Making and Design and began his long career with Digital Equipment Corp. as a circuit board designer. He and Cecile married in 1979 and moved to Cape Cod shortly after his retirement from Digital.

He is also survived by his sister Jeanette Roux, and brothers Norbert, Roger, Maurice and wife Pauline, Patrick and wife Maria, and Dennis and wife Mileine. Joe was predeceased by brothers Dick and Leo, sister Madeleine Gemme, and former spouse Raphaela Plante.

Interment will be June 18 at 9 a.m. at the Massachusetts National Cemetery in Bourne (use GPS or call 508-563-7113 for directions), followed by an 11 a.m. Mass at Our Lady of the Cape, 468 Stony Brook Road, Brewster. The mass will be live streamed at ourladyofthecape.org

Donations may be made to Our Lady of LaSalette, Attleboro, Mass., or to Our Lady of the Cape for the purpose of helping their sister parish in Haiti.

In Memory Of Joseph P.A. Plante