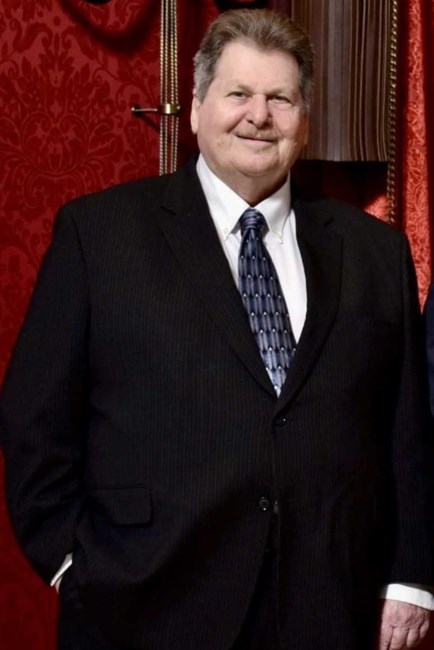 Gary Allen Karetny, 75, passed away on May 11th, 2022. Gary was born on February 18th, 1947 in Philadelphia, Pennsylvania, to Rose Strauss and Joseph (George) Karetny, during a snow storm. During high school, he enlisted in the Air Force and served for over three years with most of his time spent in Europe. He received his GED there and became a Cryptographic Operator with top secret clearance. After the service, he lived in Florida for 16 years before returning to the Philadelphia area. He has been a resident of Warminster, Pennsylvania, for the past 37 years. Gary had many occupations, they all revolved around sales (he was a natural salesman). He sold kazoos, vacuum cleaners, jewelry, used cars, bagels, and finally crackers and cruises. At Lance Inc., he didn’t just sell crackers but he sold his personality which made him friends along the way. He earned many awards over the years and even became a manager for a while. He retired after nearly 30 years but continued to sell cruises to family and friends. Another skill Gary had was driving. It started in Europe, racing small cars and of course it had to be a stick shift (which he taught Donna) or it’s not driving. This skill turned into a passion for different cars over the years. Leasing cars provided him the chance to continue to try a different one every few years. When he turned 70, he had the chance to drive a Porsche for a few days…a dream come true. Gary was a man of leisure and an excellent cook who loved to feed his family and friends. He was a meat and potatoes guy but also loved trying new foods from various cultures. His favorites included White House Hoagies, Eggrolls, steaks cooked Pittsburgh style (impossible to get right), scrapple, sausages, shellfish (especially cherry stone clams) and Manischewitz Blackberry Wine (not just on Passover). He always considered his guests when cooking and the love he had for food and family showed through what he made. Cruises were his favorite vacation. He catalogued his cruises, 20 to be exact, and although he didn’t swim, he loved to watch the water. On his most recent cruise with Donna, they stayed on ship the entire time which proved to be the best trip overall. If he wasn’t cruising, he could be found at the movies on Tuesdays (free popcorn day) and Fridays (new movie day). He went so often that Regal Cinemas sent him an ‘Elite Moviegoer’ package and a membership card that he proudly displayed at the concession stands. Casino night was another joy he shared with family and friends, whether it was at Atlantic City or around the table at home with his children and grandchildren. When at home, he loved to watch the Eagles and Phillies games and would record them all so that he wouldn’t have to watch the commercials. He hated when people would call him during the game and tell him what he hadn’t yet seen. He would dress in his Eagles green from head to toe on game days and could be heard belting out “Fly Eagles Fly”. Gary loved to sing and make his family crazy by singing various ditties. He would sing to his cats too, they loved it. Most of these ranged from the 40s and 50s to current day musicals, as well as his own renditions of his favorite tunes. Some of these songs will be heard during the memorial service. Gary touched people wherever he went with his calm demeaner, unique sense of humor, and ability to relate to anyone and everyone. His favorite saying was ‘don’t worry, be happy’. Gary is predeceased by his sister Joan and brother-in-law Gerson Barnett. Gary is survived by his wife of nearly 40 years, Donna, two sons Robert and Bryan, daughter JoLynn, daughter-in-law Susan, four grandchildren Jordon, Max, Ava, and Evan, two great-grandchildren Soren and Valynn, sister Bobbie and brother-in-law Wayne Hoeye, cousins Joel and Terry, Jay and Chellie, (“brothers” Joel and Jay), nieces and nephew, great niece and great nephews, honorary brother and best friend, Aron Berger, along with his four beloved cats, Loki, Thor, Mazi, and Luci. In lieu of flowers please consider donating to the Bucks County SPCA, https://buckscountyspca.org/donate in memory of Gary Karetny. Relatives and Friends are invited to the Memorial Service on Saturday, May 21, 2022 from 10-11:30AM at Lamb Funeral Home, 101 Byberry Road, Huntingdon Valley, PA 19006. Followed by the Funeral Service at 11:30AM. A Celebration of Life Luncheon will follow thereafter. Fond memories and expressions of sympathy may be shared at www.wrgrantfuneralhome.com for the Karetny family.
See more See Less

In Memory Of Gary Allen Karetny