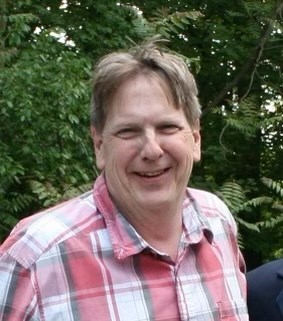 On Thursday, September 1, 2022, Erik Gulbrandsen, loving husband and father of four children, unexpectedly died at the young age of 58 in his residence in Sparta, NJ. Erik was born in Wayne, Michigan on September 10, 1963 to Gunnar Gulbrandsen and Suzanne Seitz. Youngest of four children, he attended Jefferson High School prior to joining the United States Air Force in 1981, where he served as a Telecommunications Specialist with the Elf One unit in Saudi Arabia. He graduated from DeVry University in 1989 with a degree in Electronics. He currently was employed by UTRS working at Picatinny Arsenal as a Senior Infrastructure Engineer. Erik was married to Michelle since 2003, together they have four children: Thiago, Lorayne, Sophie and Gunnar along with their two dogs Fluffy and his beloved Jojo. Erik was a devoted husband, father and friend, who traveled to over twenty countries spanning four continents, he loved telling stories about his travels to anyone who would listen. He was looking forward to retiring in Brazil with his wife and going bodyboarding on the beaches of Rio. He had a loud voice, which commanded attention along with his warm smile. His presence would fill a room with high energy and the confidence only possessed by those who knows they are the life of the party. He believed that life was a gift and death wasn’t a bad thing because he would see his favorite pets, Coco and Harry, as well as his parents. May his soul rest in peace while we hold tight in our hearts to the memories and the numerous valuable lessons he taught us. One of them Sophie reminded me of this morning ... what’s better than bacon? More bacon! Every year he always had a feeling this might be “the season” for the Mets or the Dolphins, he never lost hope. Argh Erik! A short memorial service is scheduled for 10:30am on September 24 at Goble Funeral in Sparta. Condolences may be offered at that time to the family.
See more See Less

In Memory Of Erik Gulbrandsen