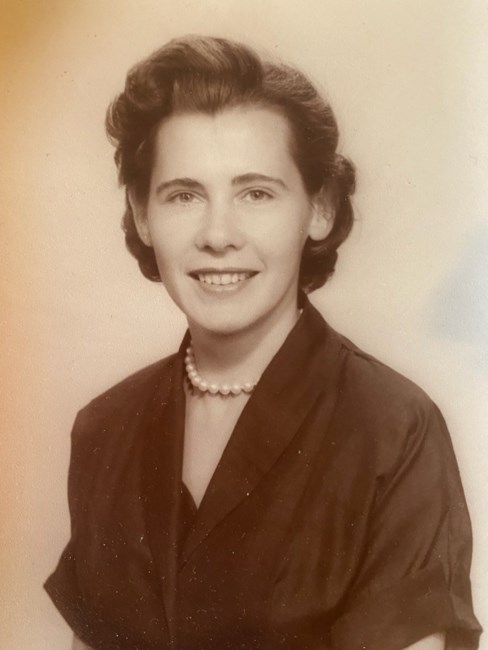 Gertrude “Trudy” Haenny passed away peacefully in her beloved home on May 3, 2022. She was born 93 years ago in a farmhouse in Neuheim, Switzerland to Josef and Regina (Zurcher) Keiser and had ten siblings. Trudy was an adventurous soul and left Switzerland in her early 20’s to be a nanny in London. After a brief return to Switzerland, she emigrated to New York City in 1956. During her early years in the states, Trudy made two cross country trips via automobile. She worked as a nanny and had the Gimbel family (of department store fame) as one of her clients. Later, Trudy was a waitress at Chalet Suisse for several years. In 1964 Trudy married the love of her life, Conrad Haenny, who predeceased her in 1976, and they shared homes in Astoria, NY and Scenic Lakes, in Vernon, NJ where she lived since 1965. Trudy was a simple, fiercely independent, and tough woman. For example, she cut and split wood for her wood stove, went on the roof to clean the chimney, used a snow blower during the harsh winters and hung out her clothes to dry, all until she was 80 years young. Although Trudy didn’t have a college education herself, she encouraged her children to do so and made it a priority to put them through college. Trudy leaves behind her son, Conrad A. Haenny and daughter, Nicole Murray, daughter-in-law, Joan Haenny, five grandchildren, Grace, Katelyn, Julia, Alexandra, and Declan, and a large extended family in Switzerland. Trudy had many hobbies and skills. She loved skiing, gardening, knitting, needlework, taking walks, bicycling, mopeding around Sussex County, playing Scrabble daily with her good friend, Helen, playing cards, and going to the Spa. The family will be receiving friends on Saturday, May 7th from 9:45 to 10:45 at Goble Funeral Home in Sparta, NJ with a graveside service to follow at North Hardyston Cemetery. In lieu of flowers, contributions in Trudy’s memory can be made to Meals on Wheels, 48 Wyker Road, Franklin, NJ 07416.
See more See Less

In Memory Of Gertrude H. HAENNY