If you are planning on attending the graveside service in Long Island, please meet at the cemetery office at 11:15 AM.

Scroll down for complete service information. 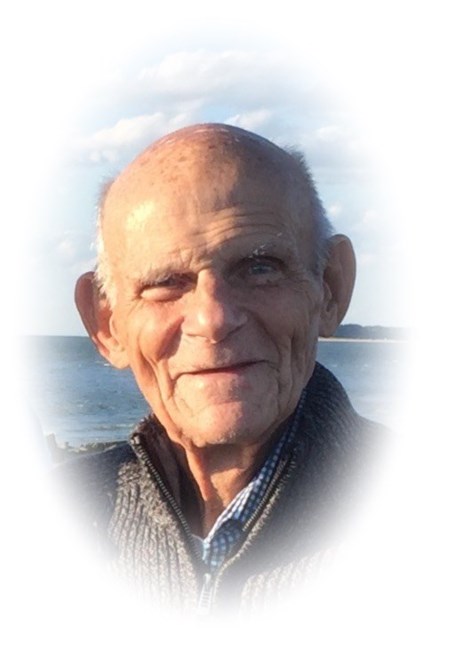 Joseph Colonna, 92, a resident of Andover Township, NJ died on Monday, May 2, 2022 at Morristown Memorial hospital. He was brought to the hospital on April 25th after an unexpected fall. Over the next few days several complications surfaced. He had the loving support of his family all week and in his final hours his son Joe was by his side. Although he was small in stature, Joe had remarkable strength and courage. He was a true fighter. He was a 20-year survivor of pancreatic cancer and at 92 was still very active and driving. Joe was born on July 31,1929 to Elizabeth (Dobis) and Dominick Colonna in Brooklyn, NY. His career started in Manhattan at the Fuller Building where he did a variety of jobs. He also dabbled in sales, but it wasn’t long before he discovered his true calling. His career goal was to create the highest quality chocolate and ice cream. He apprenticed with a German Master who was the owner of Andrizen’s Ice Cream in Brooklyn. It wasn’t long before he purchased his first ice cream parlor – Hinsch’s in Brooklyn. It was a huge success with 28 flavors of creamy homemade ice cream and hand-dipped chocolates. Joe’s molded chocolates were works of art and he had a huge following. He went on to open a second ice cream parlor, Soehl’s in Jersey City, NJ, with the same German traditions. His quality expertise in the confectionary business helped him to create only the best chocolates and ice creams and customers travelled from all over the state seeking his delicious creations. He was even recognized with an article about his chocolates and store in the New York Times in 1977. Joe’s travels brought him from Brooklyn to New Jersey to Florida and eventually back to New Jersey where he spent the last 19 years on his son’s horse farm. Joe had many interests – boxing, bowling, puzzles, old movies, and playing games, but his lifetime passion was deep sea fishing. It all started in Sheepshead Bay, NY. He and his brother Dominick were unbeatable. Montauk Point, NY, Point Judith RI, Gloucester, MA, Atlantic Highlands, NJ and The Florida Keys were just some of his favorite stomping grounds. Fishing with his brother and family brought him great joy. Until last summer, he fished weekly for fluke and sea bass on the Elaine B out of the Atlantic Highlands. He is survived by his daughter Linda Joan Wall, his daughter Cathy Laura Younis, his son Joseph Gary Colonna; son-in-law Gerald Joseph Wall, daughter-in-law Lisa Occhifinto Colonna; grandson Jeremy Joseph Wall, granddaughter-in-law Lindsay Michelotti Wall, granddaughter Samantha Stoviak and grandson-in-law Tyler Stoviak; great granddaughter Calliope Susan Wall and great grandson Oscar Colonna Wall; his sister Francis (Bill) Spitz; his step-granddaughter Joelene Lester and two step-great granddaughters Brixey and Harper Bates. He is predeceased by his first wife and the mother of his children Joan Edmonson Colonna and his son Steven Colonna; his second wife Evelyn Sommer Colonna; his brothers Louis, Frank and Dominick Colonna; sisters Elizabeth Colonna Bartlett and Julia Colonna Medigovich and several nieces and nephews. Joe’s life was filled with many incredible fish tales, and we hope that you will remember and share them with us and keep them in your heart. We have no doubt that he and his late brother Dominick will find a way to drop their lines and fish again. Visitation will be held Wednesday, May 11th from 2-5:30 PM with a prayer service to follow at 5:30- 6 PM at Goble Funeral Home, 22 Main Street, Sparta, NJ. A graveside service is scheduled for 11:30 AM on Thursday, May 12th at Pinelawn Cemetery in Farmingdale, Long Island. Please arrive 15 minutes early and meet at the front office. Either flowers or Memorial Donations to your favorite charity are appreciated.
See more See Less

In Memory Of Joseph Colonna