A celebration of Red’s life will be held in the next few months. Click below to be updated. 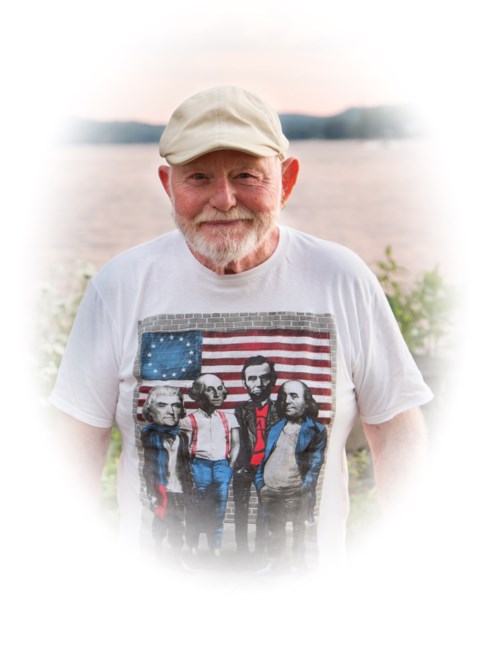 Red Gordon of Sparta passed away on May 10th 2022. He was in the care of his loving family. As his granddaughter Erin sang him jazz songs, he peacefully went home. Robert Michael Gordon was born on March 7th 1939 and was named after his uncle who died fighting for Ireland in the “Troubles.” He was born and raised in Kearny, NJ and his ginger hair gave him the name of “Red.” He attended Kearny High, through his hijinks and antics he became a Living Legend and one of Kearny’s most notable characters. In 1976 he made a complete lifestyle change and became a friend of Bill W. That friendship lasted continuously for over 45 years. His gift was in speaking and sharing strength and hope with others, always with a sense of humor. Physical fitness became a lifelong passion. One of his proudest accomplishments was running and completing the New York Marathon in 1986. Early on he worked as a bricklayer/mason for Local 4 working on buildings throughout NJ and later in NY. He drove a van for Kenny Steel, worked at Rahway Valley Sewerage, finally finding his perfect fit at East Rutherford school system becoming a custodian and school bus driver. Kids and teachers alike were graced by the antics of “Mr. Red.” A true labor and union man he organized and brought in I.U.O.E. Local 68 for the custodians. After almost 20 years filled with shenanigans and good times, he retired in 2004. One of the hippest dudes on the planet, he came to love jazz at an early age. A true Bohemian, Greenwich Village in the 1950’s was his dream come true. He saw all the jazz greats up close and personal, meeting quite a few and chatting it up as only Red could do. His knowledge in the field led people to believe he played but he was a true “alligator” as they say in the jazz world; simply put, an amazing aficionado. A voracious reader, his memory was incredible. He had a love of sports and was unsurpassed in knowledge and trivia. Statistics, teams, and players’ history – he knew it all and loved sharing stories with like-minded fans. He possessed the typical Irish gift of gab and quick wit. He was as sharp as a razor and had a tongue that could cut a hedge. He was always for the underdog and told it like it was. A loyal friend but fierce adversary, he would go to the mat and beyond for those he loved. His stories entertained all who came across his path and were told with gusto and a salty dialogue that was pure Red. He was street smart and immediately saw beyond the superficial. He loved to share his pearls of wisdom through his “Red-isms”, “F you pay me”, “Screw guilt”, “No souls saved after the hour”, “Once you’re a pickle you can never be a cucumber again”, and his favorite, “Always leave them with a kiss.” His children and granddaughters were the world to him and each one was presented to people with a special line: Lisa, “My daughter Lisa, bar none, the most amazing bargain hunter and is incredible with saving money!” Kris, “My daughter Kris is a dietitian and works for Brigham and Women’s Hospital!” Justin, “My kid Justin operates heavy equipment a real Mike Mulligan” Kelly, “My granddaughter Kelly – what an amazing photographer has a great job and lives in Brooklyn.” Erin, “My granddaughter Erin is an amazing talented singer and trumpet player – I call her Hot Lips!” Always with a full story to follow each opening line. As much as he loved his family, the love he held for his wife Sue was unsurpassed and apparent to all. In over 40 years they never left each other’s side. Through ups and downs, thick and thin, they traveled together. She was his “lottery hit” and giant tranquillizer; he was her “Muse” and NEVER let her down. Sue and Red and their Excellent Adventures were known far and wide. They brought smiles, laughs, and stories wherever they went. They were perfect dancing partners and they danced in the kitchen, street corners, weddings, and in the aisles of the grocery store to the delight of all. From the streets of Paris to Washington Square Park, whenever the music moved them, the best spontaneous dancers ever. Pure joy, happiness, and love. For the last 24 years Red and Sue were original members of Black Bear Fitness. Red being the “most colorful member” and also the “Mayor” of the gym. In this community and family many joyous memories were made. Playing Santa at the Christmas parties, talking to fellow members, sharing stories, laughs, ups and downs, and always showing care and concern. Red was predeceased by his daughter Lisa Lockett. He leaves behind to cherish his memory his wife Susan of Lake Mohawk Sparta, his daughter Kris M. Mogensen of Framingham, MA; his son Justin M. Gordon of Southwest Philadelphia, PA; and his beloved granddaughters Kelly Lockett of Brooklyn, NY and Erin Lockett of Montclair, NJ. He also leaves behind his Black Bear Fitness family, fellow friends of Bill W and the many hearts he's touched along the way. Cremation is private. As per Red's wishes there will be no viewing, but a private family celebration of Red's life will be in the future. In lieu of flowers, donations in Red’s memory may be made to the Newark Goodwill Rescue Mission, an organization that he and Sue have supported for nearly 30 years.
See more See Less