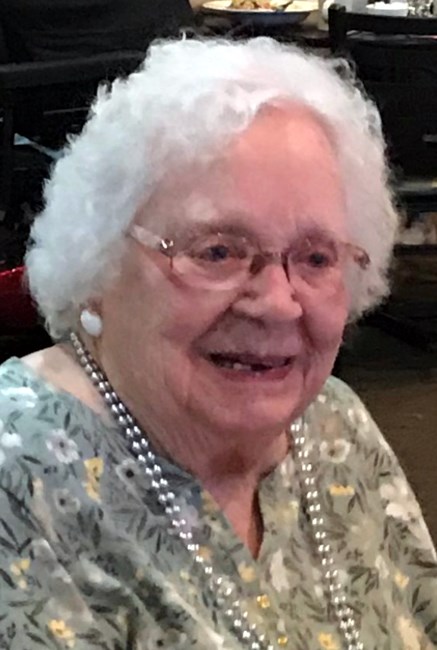 Dolores M. Begovich was born at Sacred Heart Hospital January 11, 1929, to Jack and Marie Anderson. She passed away at the age of 93 September 14, 2022. She grew up in Spokane attending St Aloysius grade school and Marycliff High School, a 1946 graduate. Dode, as she was known by her friends spent her entire working life in banking. Early in her career she was a Teller at the downtown branch of The Spokane and Eastern Bank. She Married Joe Begovich in 1949. When she had her children, she became a full-time mother to her daughter Judi and son Marco. When her children were older Dode re-entered banking with Seattle First National Millwood branch. She retired from Bank of America in 1988 after 26 years. Dode and Joe spent 63 years together until his death in 2012. In retirement they enjoyed fishing on Lake Roosevelt, Coeur d’Alene Lake and Salmon fishing on the coast. She is survived by her daughter Judi Degnan (Bill) and son Marco Begovich (Renee). Her grandchildren Jeremy, Tony, Joey, Joshua and Heidi. Nine great grandchildren and one great-great grandchild. There will be a private burial attended by immediate family. In lieu of flowers the family requests that donations be made on her behalf to the Hospice of your choice.
See more See Less