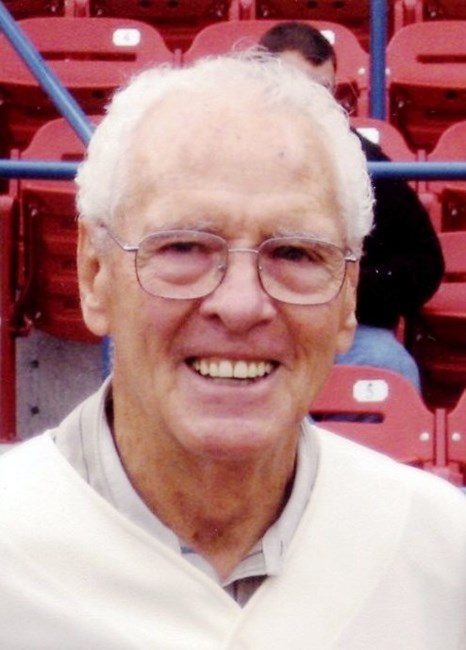 Anton "Tony" Roig With great sadness, we say goodbye to Anton Ambrose (Tony) Roig, beloved husband, father, grandfather and great-grandfather. Tony was born on December 23, 1928 to Caroline and Anton Roig in New Orleans, LA, one of nine children. His lifelong love was baseball and he started his professional career in 1948 when he signed as a pitcher for the Philadelphia Phillies. He enlisted in the US Army and became an MP as well as a military baseball player. From there, he played three seasons for the Washington Senators. Baseball took him all over the world, but the most important stop he made was in Spokane, where he played for the Spokane Indians and met and married his wife, Jackie in 1957. After brief stints in the Major League, he set an Indians record in 1960 for having played every position in a single game. That year the Indians won their first Pacific Coast League championship and he was names the team's most valuable player. After that season he was drafted by the Chicago White Sox, but came down with pneumonia. He played minor league ball for the Sox that year. He went on to play with San Diego and Indianapolis and in Venezuela. In 1963 he moved to Japan, where he was a popular home-run hitter for the Nishitetsu Lions and the Kintetsu Buffalos. He returned to Spokane in 1968 and bought a lumberyard, but it wasn't long before baseball called him back. From 1973 until his retirement he scouted for the Milwaukee Brewers, the California Angels, and the Philadelphia Phillies- where he also served as their hitting instructor. He was widely respected as a talent evaluator and was followed for Kevin Kerrane's 1989 book about scouting, "Dollar Sign on the Muscle". The things Tony most loved were his family, "watching the ponies", fishing with his brother-in-law, playing pool, talking about his youth in Louisiana, his baseball friends, and gardening. He will be remembered for his baseball stories, "Tony-isms", for his great devotion to Jackie, and for his integrity. He was preceded in death by six sisters and one brother. He is survived by one sister, Dot Knecht (Gene) of Nachitoches, LA, his wife Jackie and children Michael (Karen) of Ovilla, TX, Rick (Vickie) Cheney, WA, and Lisa Nunn (Eric) of Midlothian, TX. He loved his grandchildren Tony, Brandee, Clint, Matt, Hayley, Rachael, Jaclyn, Elliott and Christopher. He is also survived by five great-grandchildren. At Tony's request no services will be held.
See more See Less

In Memory Of Anton "Tony" Roig