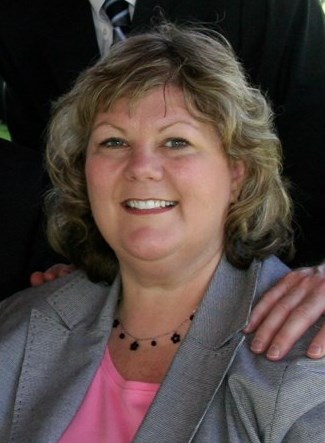 Our beloved sister, sister-in-law, aunt and friend passed away in her home January 13, 2023 after battling a terminal pulmonary condition. Laurie was born on January 24, 1957 in Seattle, Washington, the third child of Garth T. and Grace M. Briggs. Laurie was raised in a loving home in Spokane with her sister Anabel and brothers Paul, Jeff and Craig. In 1975 she graduated from Mead High School and began attending Brigham Young University in Utah where she earned a paralegal degree. She eventually moved to California to work for Western Airlines and later relocated to Georgia to work for Delta Airlines for several years. This afforded her the opportunity to travel with dear friends around the country and world which brought her great joy. She later left Delta and moved to Seattle, Washington to pursue a career in court reporting. Laurie was an active member of The Church of Jesus Christ of Latter-day Saints and served faithfully in various responsibilities. A highlight of her spiritual life was hearing her parents speak at the dedication of the Spokane Temple presided over by then President Gordon B. Hinckley. Laurie’s parents served in the first temple presidency from 1999 to 2002. Years later as her parents felt the effects of age, Laurie moved from Seattle to Spokane to serve her parents during the difficult time preceding the passing of her beloved father. Three years later upon the passing of her beloved mother, Laurie found joy and comfort serving in the Young Women’s organization in her congregation. Laurie is preceded in death by her father Dr. Garth T. Briggs in 2009, her mother Grace M. Briggs in 2012, her brother-in-law Lt. Colonel Eric G. Hansen and her nieces Jordan and Jessica. She is survived by her siblings Anabel Hansen, Paul (Kaye) Briggs, Jeff (RoseMarie) Briggs and Craig (Tamara) Briggs, her 22 nieces and nephews, and 26 great nieces and nephews. Laurie is warmly remembered for her cheerful personality, wonderful sense of humor, entertaining stories and her Christlike love for others. She was quick to lift the spirits of others, make long-lasting friendships and celebrate the baby blessings, baptisms, graduations, mission calls, weddings and other special events of family and friends. The gravesite service will be January 28, 2023 at 12:30 p.m. at Greenwood Memorial Terrace followed by a chapel service at 2:00 p.m. at The Church of Jesus Christ of Latter-day Saints located at 401 West Regina Avenue Colbert, Washington 99218.
See more See Less

In Memory Of Laurie Briggs