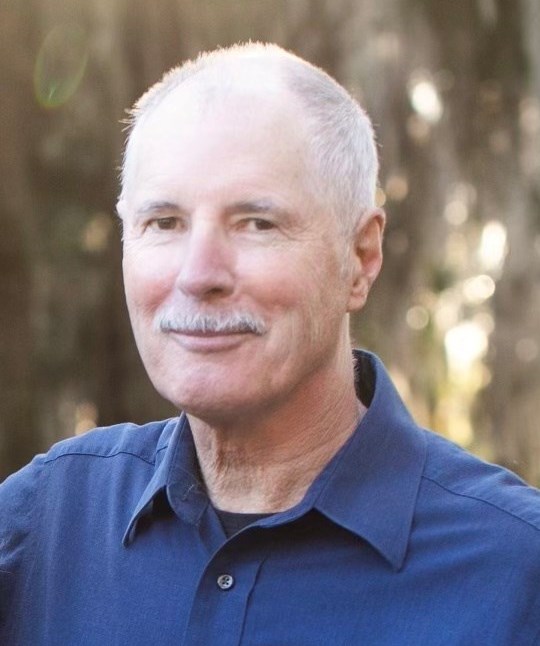 James "Jim" Sidney Knight died Wednesday, July 27th of a heart attack in Roan Mountain, TN. He was 70 years old. Jim was born in Gainesville, FL, to Sarah B. and James E. Knight, but grew up in Orlando and Jacksonville. While a student at Saint Leo University, Jim met his future wife Mary during a Circle K International service trip in Miami. She was a student at University of Florida at the time. They exchanged addresses at a party and were married 3 years later. Jim was a dedicated public servant for more than 30 years. He was an Administrator for the state of Florida’s Health and Rehabilitation Services for several years. He then worked for the Hernando County School District for two decades: first, as a middle school guidance counselor and then, for most of his career, as Director of Student Services. Jim believed that everyone who could, should be of service to their community. Following his retirement, he was a tireless volunteer, spending countless hours at the St. Vincent de Paul Food Pantry, Spring Hill Elementary School library, and St. Joan of Arc Catholic Church. For many years, he helped lead the Church’s annual Ethnic Festival. He was an insatiable reader, particularly of nonfiction history books. If you gave him a book, the next time he saw you, he would tell you at least two things he’d learned from it. He loved being in the mountains and was especially proud of the cabin he bought and fixed up in Roan Mountain. It was his favorite place to be and he always wanted family and friends to enjoy it with him. Jim was a huge fan and supporter of America’s National Parks. In lieu of flowers, his family asks that you donate to the National Parks Conservation Association: https://www.npca.org/ He was a beloved husband, father, friend, brother, and Pop Pop. He is survived by his wife Mary, son Jared (Crystal), daughter Sarah (Josh), grandchildren Rowan and Josie, sister Sarah Powers, and brothers Paul and Thomas. They will miss him dearly. Celebration of life will be at 2PM Saturday, August 6, 2022 located at Turner Funeral Home in Spring Hill. Memorial mass will be 10AM Monday, August 8, 2022 at St. Joan of Arc in Spring Hill.
See more See Less

In Memory Of James S. Knight