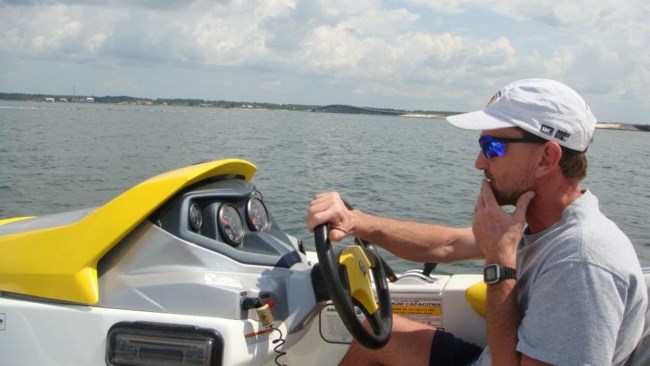 Kevin Joseph Chambers 03/19/1967-05/04/2022 Kevin J. Chambers went home to the Lord peacefully on the morning of May 4th in the presence of his family. Kevin was born on March 19, 1967 to Ronald and Walburga Chambers. He went to Robinson High School and graduated in 1985. After high school, Kevin joined the United States Air Force where he proudly served his country for nearly 26 years. Kevin worked in Logistics and was stationed in Turkey and Italy as well as Colorado, Texas, Florida and Oklahoma. He retired from the Air Force in 2010 and moved home to Florida. Shortly after returning to Florida, Kevin went to work at Walmart in Navarre, FL. He made many great friends both while serving in the Air Force and while working at Walmart. He enjoyed cars, trucks and his boat. He loved being on the water and close to the beach. But most of all, he loved spending time with his friends and his family. Through his cancer illness, many reached out to say what a great friend he was to them. Amazing, compassionate, great sense of humor, kind, sincere and loyal were just a few things shared describing him. He was one of those people who would do anything for anyone. Kevin was loved and cherished by his family and his friends. He was preceded in death by his dad, Ronald Chambers and his mom, Walburga Chambers. He is survived by a brother Ronald Chambers and his wife Donna, sisters Linda Villella and Kathleen Cordero and her husband John as well as his nieces and nephews, Jonathan Cordero and wife Christa, Kierra Ansbacher and wife Kelly, Joshua Cordero and wife Ashley, Kayla Cordero and Jordan Villella. He is also survived by his great nephew, Jameis Campisi. In lieu of flowers, please consider a donation to Moffitt Cancer Center under Other Designations/Lynch Syndrome Cancers.
See more See Less

In Memory Of Kevin J. Chambers