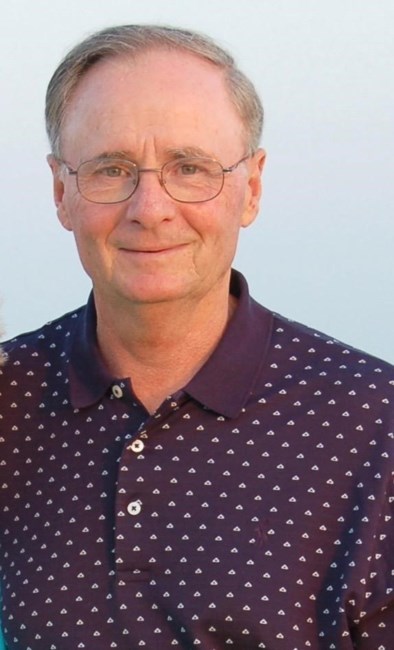 Richard ("Dick") Beacham passed away peacefully on August 9, 2022. He was born in Scranton, PA to Charles Beacham and Laura Pass in December 1941. Richard graduated from Central HS in Scranton in 1959 and subsequently enrolled at Pennsylvania State University. He graduated in 1963 with a BS in Business Management. While at PSU, he was an active member of the Acacia service fraternity and enrolled in the USAF ROTC program. Upon graduation he was awarded special designation as a Distinguished Graduate of the ROTC program. He served four years in the USAF, completing his training in FL and TX, and served as Transportation Officer managing flight operations in Greenland, Denmark and at Travis Air Force Base, CA. Richard completed his service and was honorably discharged as a Captain in 1967. While serving in California, Richard met his wife Nancy A. Hines, a graduate of the Hospital of the University of Pennsylvania Nursing School, while she was working as a RN in the San Francisco area--they were married in March 1968 at the Jackson Street Baptist Church in Scranton, PA. Richard achieved an MBA in Organizational Behavior and Industrial Relations from the Business School at the University of California at Berkeley in just over a year in December 1968. He immediately began his career with Procter & Gamble in January 1969 in Mehoopany, PA. Richard had a long and distinguished career with P&G as an industrial relations professional and consultant. He served in many locations, including Pennsylvania, Cincinnati, OH, Oxnard CA, and a three-year assignment at P&G's South American headquarters in Caracas, Venezuela. He traveled broadly to consult with operations throughout the US and internationally on organizational design, training and development, labor relations, recruiting, and corporate acquisitions. He retired from PG as Associate Director, Industrial Relations for the Paper Products Division in 1999 after 30 years of continuous service. During retirement, Richard was an ardent traveler with his wife, family and friends--together they traveled extensively throughout Europe, South America and the US. He was an avid golfer and PSU alumnus and served on the board and as President of the community association at Old North State at Uwharrie Point in North Carolina. He is survived by his wife of 54 years, Nancy Beacham, his four children Shore Oberhaus, Berkley Clark, Brooke Beacham and Tiffin Warnock, and nine beautiful grandchildren. Richard was a loving husband, a skilled professional, a distinguished veteran, a role model to his family and community, and will be forever loved and remembered by all those he knew. In lieu of flowers, please donate on his behalf to Cincinnati Children's Hospital at: https://give.cincinnatichildrens.org Fond memories and expressions of sympathy may be shared at www.andersonfunerals-Springboro.com for the Beacham family.
See more See Less

In Memory Of Richard Beacham