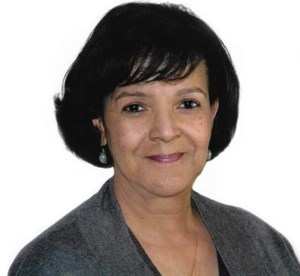 Elizabeth Geraldine Tinsley Banks Alexander was born in Springfield, Illinois on September 9, 1940, to George E. and Geraldine Murrell Tinsley. Elizabeth was the third of four children and the only girl born to George and Geraldine. Elizabeth passed away peacefully on January 20, 2022. Elizabeth spent her formative years in Springfield, graduating from Springfield High School in 1958. She attended Rockford College in Rockford, Illinois from 1958 until 1960. Elizabeth married Dwain Arnold Banks in Springfield, Illinois in 1960. Through their union, four children were born. From 1960 until 1979, Elizabeth lived in Portsmouth, Virginia, San Diego, California, Chicago, Illinois, and Chesapeake, Virginia. After spending several years in southern Illinois, Elizabeth returned to her hometown of Springfield in 1986, where she lived until she departed this earth. On April 6, 1996, Elizabeth married the love of her life, Steven Alexander. They were married at Zion Missionary Baptist Church in Springfield. Through that union, Elizabeth inherited three step children whom she cherished and loved as her own. In 1976, Elizabeth committed her life to Jesus Christ, accepting Him as her Lord and Savior. For the next 45 years, Elizabeth was steadfast in sharing the good news of the gospel with family and friends, leading many to believe and follow Jesus. Determined to complete her college education, Elizabeth earned a bachelor’s degree in Political Studies from the University of Illinois in 1995. Although she was licensed for a brief period as a real estate agent, Elizabeth spent the majority of her professional life in banking. Moving up the ranks from teller to retail banker to branch manager, and ultimately, to vice president, Elizabeth retired from Bank One in 1998. Elizabeth was also active in her church and the community. She was a faithful member of Zion Missionary Baptist Church, serving as a deaconess, the church treasurer, the church clerk, Sunday school teacher, Vacation Bible School teacher, church historical coordinator, leader of the church’s Young Women’s Mission Circle, and a mentor to the young women of the Life-Line Teenage Girls ministry. Additionally, Elizabeth served on the board of directors of the East Side Theater Guild, the Springfield and Central Illinois African American History Museum, and the Springfield Urban League. Elizabeth is survived by her husband, Steven Alexander (Springfield, IL); daughters, Cheryl Manley (Westport, CT), Kimberly Banks (Florissant, MO), and Jennifer Banks (Swansea, IL); stepchildren, Erica Littlejohn (Alfred) (Hiram, GA), Albert Alexander (Springfield, IL), and Robert Alexander (Hiram, GA); seven grandchildren; eleven great grandchildren; and scores of nieces and nephews. She is preceded in death by her parents, George and Geraldine Murrell Tinsley; brothers, George Tinsley, Arthur Tinsley, and Clarence Tinsley; son, Kevin Banks; and grandson, Jordan Hale. Services are under the direction of Bisch and Son Funeral Home, Springfield. Visitation will be held on Friday, January 28, 2022 from 10 am until time of the funeral service at 12 Noon at Zion Missionary Baptist Church, 1601 E. Laurel, Springfield, IL 62703. The funeral service will also be held at the church with Rev. Joshua N. West officiating. Burial will follow at Oak Ridge Cemetery, Springfield. In lieu of flowers, the family respectfully requests that you consider a donation to St. Jude’s Children’s Hospital (www.stjude.org).
See more See Less

In Memory Of Elizabeth G. Alexander