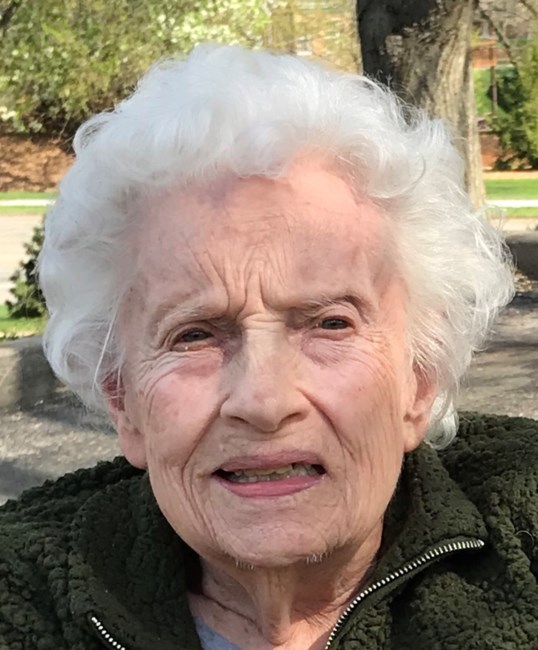 Virginia Maxine Ferguson, 99, of Springfield, IL, passed away June 29, 2020, at Regency Care. She was born February 12, 1921, in Mt. Vernon, IL, the daughter of Edward L. and Cleta Roth Franck. She married Alexander Ferguson, Sr., on November 1, 1941, in St. Charles, MO. He preceded her in death, in July 2003. Mrs. Ferguson graduated from Mt. Vernon High School in 1939. She worked as a switchboard operator for Western Electric in Mt. Vernon. Primarily a homemaker, in later years, after relocating several times with her husband’s AT&T employment, Park Forest, IL; Springfield; Ballwin (Long Island), New York; and Springfield; she worked as a receptionist/secretary in the main offices of the Ogilvie and Thompson administrations. Mrs. Ferguson also had had a real estate license and had worked with Cal Lowery Real Estate. With Mr. Ferguson being active in Republican precinct and district activities, Mrs. Ferguson always said she had to share her birthday with Abe Lincoln for Springfield’s Lincoln Day Dinner celebrations. Mr. and Mrs. Ferguson had been members of the Elks Club, 101 Dance Club, and First Methodist Church. When Mr. Ferguson had singing performances, she accompanied him on the piano during many practice sessions. Mrs. Ferguson loved playing bridge. She was a great cook and loved the dinner parties for their group of friends, which rotated between houses. Her hobbies included dabbling in painting, being a seamstress, and using her green thumb with flowers and plants. Alex, Sr. and Maxine’s greatest delights, especially after retirement, were their three grandsons, Benjamin, Zachary and Jacob Ferguson. The family enjoyed many trips, from Hawaii, to New York, Florida, and many others. They were involved in their sports, school, birthday and holiday celebrations. She was a loving person by nature; however, the grandsons, at a young age, knew who was boss. Survivors: son, Alexander, Jr. (wife Carol) of Springfield; daughter, Barbara (husband Robert Fees), Springfield); three grandsons: Benjamin (fiancée Lizabeth Smith), Springfield; Zachary, Ballwin, MO; Jacob, St. Louis/Creve Coeur, MO; one great granddaughter, Collette; brother-in-law, James Ferguson (wife Karen), Virginia; one niece, Janet Keller; several great nephews and great niece. In addition to her husband, she was preceded in death by her parents; sister, Dorothy VonArb; and beloved dog and protector, Casey, a miniature Schnauzer. Private family visitation: Wednesday, July 1, 2020, Bisch Funeral Home West. Burial service: Thursday, July 2, 2020, Camp Butler National Cemetery. Memorials may be made to First United Methodist Church or to the APL (Animal Protective League). Please visit the online Life Remembered Story at bischfuneralhomewest.com
See more See Less

In Memory Of Maxine Ferguson