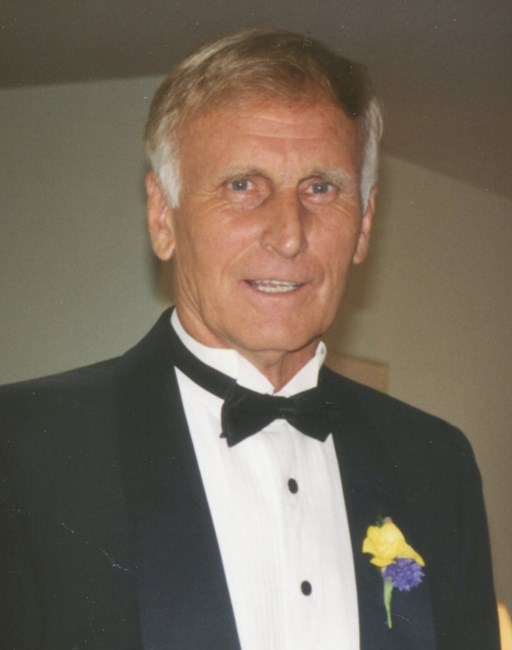 William Yoast was born in 1924 and raised in Florence, Alabama. After attending Coffee High School, he spent three years in the United States Air Force and went on to attend Georgia Military College and then graduated from Mercer University in Georgia with a Bachelor of Arts degree in physical education. He received his masters and EDS degrees from Peabody College in Tennessee.

Having excelled in sports early in life, Bill followed his love for athletics and dedicated his life to teaching school and coaching football, basketball, baseball, and track. Many of his teams had championship seasons and Bill was named Coach of the Year in both Georgia and Virginia.

Coach Yoast moved his family to Springfield, Virginia in 1960 from Roswell, Georgia where he taught and coached at Roswell High School. He was a teacher and coach at Hammond High School from 1960-1970, winning the Virginia AAA Regional Championship with his 1969 Hammond Admirals. He then moved to TC Williams to serve as Defensive Coordinator/Assistant Coach to Herman Boone. Bill brought assistant coach Glen Furman with him from Hammond and later served under Coach Furman. Their football team won AAA State Football Championships in 1984 and 1987. Bill also coached track and field, taught P.E. and Driver's Education at TC Williams until he retired from teaching in 1990. However, he continued coaching football until 1996 when his daughter, Sheryl Yoast Matthews died. It was then that Bill truly retired.

He lived in a quiet, golf course community in Bethany Beach, Delaware where he spent much of his time pond fishing, feeding and watching the birds and visiting with many people on his screened in porch. He was a friend to all and welcomed everyone. He continued to stay active and lift weights well into his 80s. He golfed and taught all of his grandchildren the art of patience and being still through fishing on the pond.

In 2000 when Disney made "Remember the Titans", the story of the relationship between Bill and Herman Boone as they coached their radically integrated 1971 TC football team to the Virginia State Championship, Coach Yoast rode the wave. Traveling and speaking throughout the country, meeting a variety of new people, hosting BBQs, co-writing a biography, doing all kinds of community fundraisers and genuinely being present to all who sought him out.

In 2014, Coach Yoast moved back to Northern Virginia to live with his daughter, Angie Yoast Garrison and his son-in-law, Rick Garrison, who cared for him as he slowed down. In the fall of 2018, Bill moved into Aarondale Assisted Living, a community minutes from his family in Springfield, Virginia. While there, Coach was visited by many former players, coaches and family. He died peacefully at the age of 94.

Bill was the father of five girls, grandfather and great-grandfather. He is survived by Betty Yoast, mother of three of his five daughters and loyal friend; daughters Susan Gail Greeson, Angie Yoast Garrison, and Dee Dee Yoast Fox. He is preceded in death by daughters Sheryl Yoast Matthews and Bonnie Yoast Jeffries.

The family will receive friends on Friday, May 31, 2019 from 5-8 pm at the Demaine Funeral Home, 5308 Backlick Road, Springfield, VA. A memorial service will be held on Saturday, June 1, 2019 at 2 pm at St. John’s United Methodist Church, 5312 Backlick Road, Springfield, VA. In lieu of flowers donations may be made in Bill’s name to the Gerry Bertier Foundation or the 71 Titans Foundation, http://71originaltitans.com/.