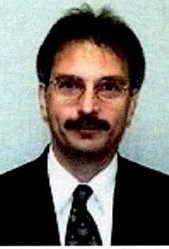 Aaron Stuart Dubin of O’Fallon, MO, Born in Chicago, IL, passed away at the age of 63 after a long battle with Frontotemporal Dementia, complicated by COVID-19. Beloved husband of 31 years to Rosanne Dubin. Cherished son of Eileen Dubin and the late Martin David Dubin. Devoted step-father of Theresa (Doug) Thornburgh. Loving grandfather of Taylor Carlton, Christopher Carlton, and Emily Carlton. Loving and great-grandfather of Hunter Michael Carlton, Liam David Carlton and Baby Gentle. Dear brother of Deborah (Marshall) Rosenberg and Uncle of Hannah, Maya, and Rachael Rosenberg. Dear friend to many. Aaron graduated from DeKalb High School in DeKalb Illinois in 1975. He received a B.A. in Political Science from Northern Illinois University in 1979 and a J.D. from Washington University in 1983. He was a named partner in the law firm of Frankel, Rubin, Klein, Dubin, Siegel, and Payne. He was a Master chess player and earned many awards in Illinois and Missouri, including the Missouri Chess Champion in 1981. He was a sports enthusiast who especially enjoyed baseball and hockey. His favorite teams included the Chicago White Sox, the Chicago Blackhawks, and the St. Louis Blues. Private family service at the St. Charles Memorial Gardens in St. Charles, Missouri at 11:00 am on Monday, January 4, 2021. Visit bergermemorialchapel.com for Live Stream link. In lieu of flowers, donations can be made in Aaron's memory to the Association for Frontotemporal Degeneration at 2700 Horizon Drive, Suite 120, King of Prussia, PA 19406. Online donations can be made: https://www.theaftd.org/support-aftds-mission/
See more See Less

In Memory Of Aaron Stuart Dubin

Private Graveside Service Available via Live Stream at 11 AM CT