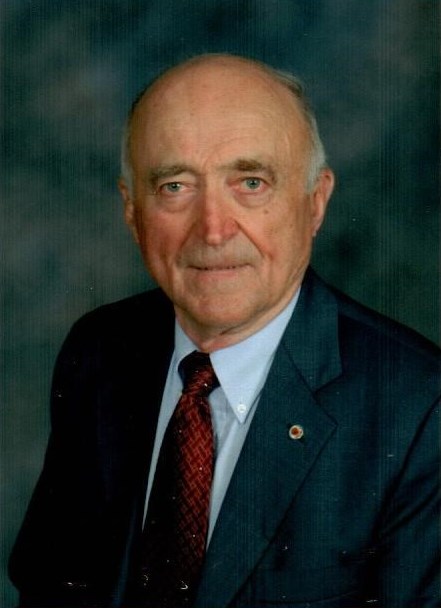 Dr. Rev. Alvin John Schmidt, age 90, of Saint Louis, Missouri, went to be with the Lord on Monday, November 28, 2022. Alvin Schmidt was born on September 28, 1932, in Waldersee, Manitoba, Canada and baptized on November 13, 1932, at Christ Lutheran Church, also in Waldersee. He spent the first three and half years with his parents in a primitive log house, infested with rats below the rough-wooden floor from where they often invaded the interior of the house. In the latter half of his fourth year, his parents moved to a new and better location on 320 acres of land his father purchased with borrowed money. This new home was one mile from a public grade school to which Alvin walked each day. At age 18, he was accepted into Canada’s then highly selective Royal Canadian Mounted Police. After resigning from the RCMP, he worked as a traveling salesman, covering the entire province of Manitoba for a building supply company. In 1957, he enrolled at Concordia Theological Seminary, Springfield, Illinois, to study for the Lutheran ministry. He completed a BA from Valparaiso University in August 1962. Upon graduating from the Seminary in 1963 (receiving a BD in 1964), he was offered a teaching position in sociology at Concordia Teachers College in Seward, Nebraska (now Concordia University-Nebraska). Here he met Carol Gross, a math instructor and assistant registrar at the college, whom he married in 1964. While teaching at the college, he advanced from instructor to associate professor of sociology and also attended the University of Nebraska in Lincoln, where he earned an MA in 1967 and the Ph.D. in sociology in January 1970. In 1973, Alvin and his family moved to Hickory, North Carolina, where he joined the faculty at Lenoir-Rhyne College. Then, in the fall of 1975, he joined the faculty of Concordia Theological Seminary, Springfield, Illinois, which in 1976 moved to Fort Wayne, Indiana. Here he served as graduate dean for four years and as professor teaching future Lutheran pastors. In 1989, he and Carol moved to Jacksonville, Illinois, where he taught sociology courses at Illinois College, until the end of 1999, when he opted to become professor emeritus. During his 36 years as a college and seminary professor, and in his retirement years, he published numerous articles and thirteen books. His book, "Fraternal Organizations", received the national award of “Outstanding Reference Work of 1980” from the American Library Association. Another book, "How Christianity Changed the World" (published in 2004), has been translated into eight foreign languages. His most recent book is "Faith Misused: Why Christianity is Not Just Another Religion" (2022). Given his faith in Christ, Alvin entered eternal life on November 28, 2022, and now he awaits his bodily resurrection when Christ will descend from heaven (I Thessalonians 4:16). Surviving him are his dear wife Carol and two sons, Timothy John (Carole Ann), and Mark Alvin (Brooke), each of whom have a son, two additional blessings in Alvin’s life, as well as a sister, Trudi Stigge, of Ponca City, Oklahoma. Memorials to The Rev. Dr. Alvin J. Schmidt Scholarship Endowment Fund, Concordia Theological Seminary, 6600 N Clinton St, Fort Wayne, IN 46825, or to a cause of mutual interest. Fond memories and expressions of sympathy may be shared at www.kriegshausermortuary.com for the Schmidt family.
See more See Less