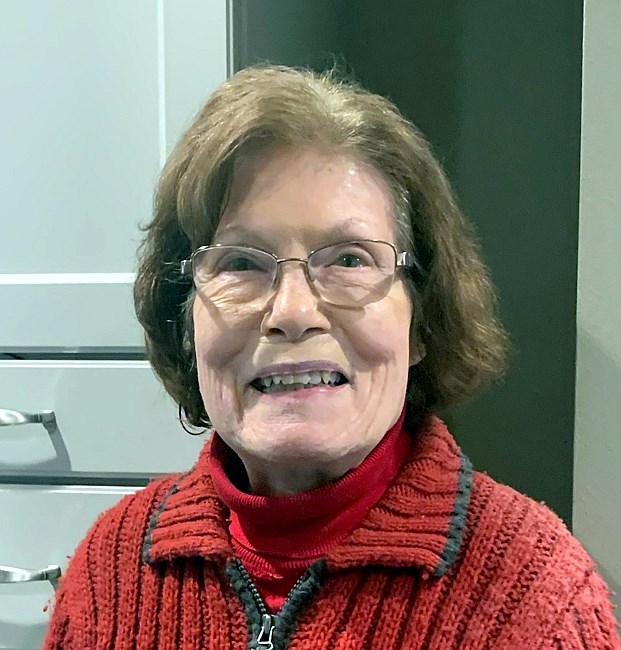 Conway, Barbara L. (nee Ackerman); fortified with the Sacraments of Holy Mother Church on Monday, January 23, 2023. Beloved wife of the late William J. Conway; dear mother of Kenneth, Daniel (Claudia), Elizabeth (Scott) Meier, and Michael (Jane) Conway; dear grandmother of Miranda and Dylan Conway, Mikey and Maria Conway, and Madeline, Evan and Joe Meier; dear sister of Thomas (Glenna) Ackerman; our dear sister-in-law, aunt, cousin and friend to many. Barbara was born in St. Louis on April 5, 1934. She graduated from Ritenour High School and went on to receive a Bachelor’s Degree in Music Education from Central Methodist University in Fayette, Missouri. After graduating, she taught music for a short while before marrying her husband, Bill Conway, in 1961, and starting a family. Barbara and Bill were married for 57 years before he passed away in 2018. They had four children, Ken, Dan, Beth, and Mike, who were born in close succession from 1963 through 1967. Barbara is remembered as a kind, gentle, classy woman who loved getting together with family and friends, following St. Louis Cardinals baseball, doing crossword puzzles, and singing in the church choir, or anywhere else where she could share her fabulous talent for singing. She was also a prolific piano player and often regaled her family and friends with tunes when the mood hit. She was a very generous person who gave to many charities and enjoyed attending her Bible study group. She was an avid reader, and she and Bill traveled the world over the years. She always made sure to have a nutritious meal on the table for the family every night, and enjoyed attending her children’s, and later her grandchildren’s, school and cultural performances and sporting events. Her calm, quiet presence will be dearly missed. Services: Visitation on Saturday, January 28, from 10:00 am until time of Funeral Mass at 11:00 am at Our Lady of the Pillar Catholic Church, 401 S. Lindbergh Blvd., Creve Coeur, MO 63131. Interment St. Peter’s Cemetery, Kirkwood. Memorials to a Charity of One's choice.
See more See Less

In Memory Of Barbara Louise Conway