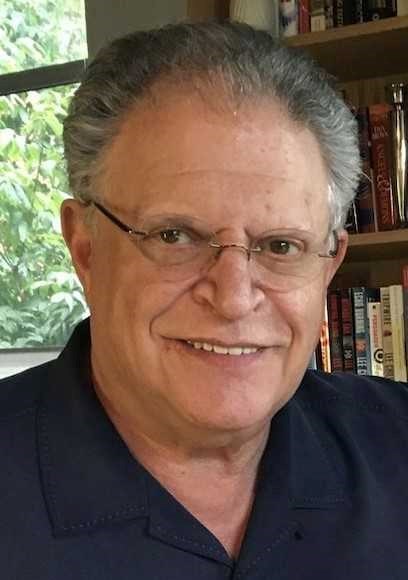 Beloved husband of Stacey Newman; dear father and father-in-law of Drew Newman (Margo), Ben Newman (Ami), and Sophie Newman Legenzoff (Zach); Zeyde to Isaac, Kennedy, Maya and Josh; dear brother of Rita Worth (Barry); son of the late Marcel and the late Bessie Newman. Dear uncle, cousin, friend to many. Burt Newman passed away peacefully in his sleep on November 5, 2022 surrounded by loved ones, while listening to songs by his idol and friend, Carole King. Born in St. Louis to German and Russian immigrant parents, Burt graduated from University City High School, class of 1964. He went on to the University of Missouri for both undergraduate and law school, becoming the first in his family to graduate college. He moved back to St. Louis to begin his law career, often relishing that he never lived far from where he was born, a true St. Louisan who never passed up an Imo pizza or a White Castle slider and could not accurately pronounce the name of Highway Forty. He met his wife Stacey almost 34 years ago on a blind date through an ad in the Riverfront Times. Family was his lifeline and soon they added daughter Sophie, who was the glue to the bustling sports-oriented blended household of teenage sons, Drew and Ben. An accomplished attorney in St. Louis for five decades, Burt was known for his numerous pro bono cases on behalf of the Missouri ACLU, serving as general counsel for the St. Louis chapter for several years His passionate advocacy for social justice included arguing several landmark constitutional cases in the Missouri State Supreme Court and testifying numerous times in the Missouri legislature on voting rights, sometimes in front of the House Elections committee, with his wife, Hon. Stacey Newman as ranking member. In 2003 Burt was named one of the top ten lawyers in Missouri by the Missouri Lawyers Weekly, after his successful challenge of the state’s concealed weapon statute, an honor that he cherished. One of his proudest moments ever was being arrested as a Mizzou law student following the Kent State University riots in 1970 during the Vietnam War, with his photo being led away by police making the front page of the Columbia Missourian newspaper. Burt especially delighted in teaching and mentoring others, including as an adjunct professor at the Washington University School of Law for ten years. He loved teaching advance trial practice of civil jury cases to third year law students and each year treated them to happy hour at his home after completing their practice trial final. After retirement from his law practice, Burt devoted hours to the St. Louis Holocaust Museum, telling his family’s story, as a 2nd generation Holocaust survivor, speaking as often as he could to student and faith groups. He believed strongly in “never again” and with his cousin Ellen Mandel wrote a family history, “Sophie’s Prophecy”, so the story of their grandmother’s survival of Nazi Germany could be passed down for generations to come. This past July, Missouri State Representatives Ian Mackey and Adam Schwadron presented Burt with a Missouri House Resolution, honoring his lifetime achievements, particularly his devotion to Holocaust education. We will always remember his delight in the small ceremony they created for him along with the staff of his memory care residence, Parc Provence. Burt was also known for his photography hobby, filling his family and friends’ homes with his large western landscapes, and urban architectural focused photographs. Burt will be remembered for his love of traveling the United States and Europe, his sense of humor, lunches with his high school and college friends, but most of all his devotion to family. Nothing meant more to him than family dinner with his wife, children and grandchildren and was their biggest cheerleader, as their larger-than-life patriarchs. Burt left a huge contribution of “tikkun olam” (repairing the world) and taught his family to always take care of each other, which his grandmother Oma Sophie Neumann stressed after losing much of her family in the Holocaust. Burt believed strongly in the power of family and in Oma Sophie’s original words from her short 1959 memoir, “to live better and more courageous lives as Jews in America”. Funeral services at Central Reform Congregation, 5020 Waterman Blvd at Kingshighway, Wednesday, November 9, 2022 at 11:30am. No visitation prior to service. Interment at Chesed Shel Emeth Cemetery, 650 White Road. Memorial contributions preferred to St. Louis Kaplan Feldman Holocaust Museum.
See more See Less

In Memory Of Burton Wayne Newman