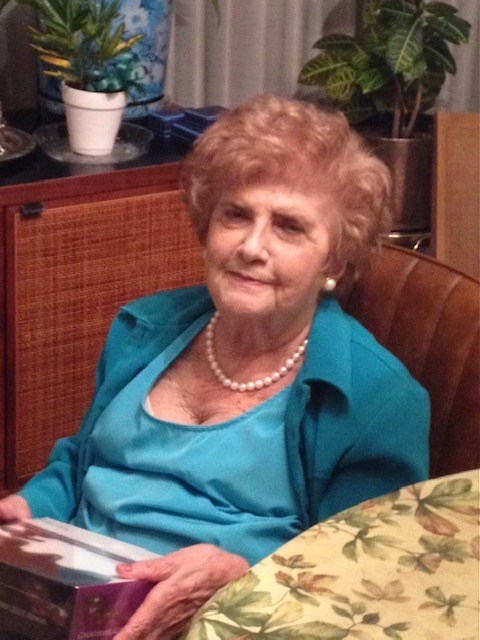 Dr. Nelly Grosswasser, a true force of nature, passed away of COVID-19 on December 16, 2020 in St. Louis. Like the Russian literature she taught, her life story involved romance, war, and spanned continents. Born in Kharkov, Ukraine, USSR Jan 20, 1925, Nelly met her husband Sol in Shymkent (when he sold her a pair of shoes) after he was released from a Siberian Labor Camp. They escaped the USSR post World War II and after a few years in Germany, came to the United States with their son Jack in 1949. Nelly already had her BA in Engineering, and after a brief stint at the Washington University School of Medicine as a researcher on Oranace, an oral insulin medication, she earned an MA and PhD in Education at Washington University. Nelly found her true calling in education, and in 1957 was hired by St. Louis University (SLU) as the first Russian language teacher. She remained at SLU for 47 years, continually expanding the curriculum of Russian language, literature and Eastern European Studies courses offered. When she retired, the department she started had grown to 4 professors. She was dedicated to her students, creating the very popular Russian Club, Scientific Russian certificate, promoting Russian language in area high schools, but most of all mentoring and advising her students. Over the course of her career, she impacted thousands of students’ lives. Her students loved her and she was nominated for and won the most popular faculty member award at SLU several times. As an immigrant herself, Nelly tried to ease the way for others. She prepared a booklet for Russian immigrants that explained how to shop, bank, get gas, etc. She helped them with job placement and translated documents for them. She also was a founding member (for over 50 years) of the “Culture Vultures”, a book group of working women whose motto was “No talking about diapers, children or husbands, just literature”. Her husband Sol passed in 1998. She is survived by her two children Jack and Leonora (Lenny) Schloss, her four grandchildren Rebecca, Abraham, Nathan and Barbara, her great-grandson Jacob (the light of her life) and her brother Villen Shabelsky, who will all miss her feisty outlook on life. A private family service will be held on Friday, December 18th, at 1:00 PM. The service will be available via Livestream-please visit bergermemorialchapel.com for live stream details. There will be monument unveiling post pandemic. In lieu of flowers contributions may be made to the Dr. Nelly Grosswasser Scholarship Fund at http://giving.slu.edu/Grosswasser.
See more See Less

In Memory Of Nelly Grosswasser PhD