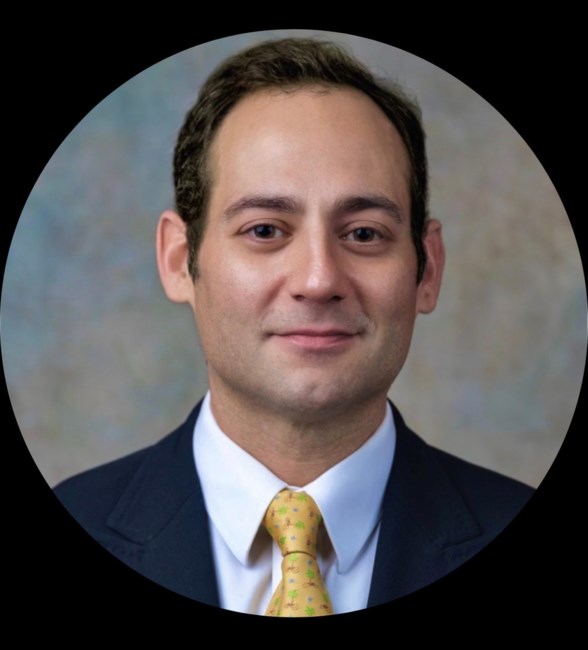 Wolf, Sidney A. July 24, 2022 Beloved husband of Lindsey Greenbaum Wolf, adored father of Emerson and Harper, son of the late Robert Wolf, and of Merle and Alan Freed, grandson of the late Leo and Sarah Wolf, the late Sidney Vegotsky, and Shirley Errico, and the late Henry and Shirley Greenbaum, and son-in-law of Norman and Nadine Greenbaum. Sid left us far too soon on July 24, 2022. Sid was a people magnet. He was the first to welcome you with a hug; his life force was unmistakable and irresistible. He effortlessly collected friends and treasured family above all. To see him with his daughters was to see love embodied. His sisters, Brooke and Shelby, along with his brothers and sisters-in-law Brian Wilhelm, John and Erin Musok, and Todd and Stacie Greenbaum, loved to be with their brother and would be found laughing with him whenever he was around. He leaves a big hole for his many loving aunts, uncles, nieces, nephews, and cousins, and all who were lucky enough to know him. Funeral service Friday, July 29th, 10:30 AM at Central Reform Congregation, 5020 Waterman at Kingshighway. No visitation prior to service. Interment Beth Hamedrosh Hagodol Cemetery. Memorial contributions preferred to the Humane Society of Missouri, 1201 Macklind Avenue, 63110.
See more See Less

In Memory Of Sidney Wolf