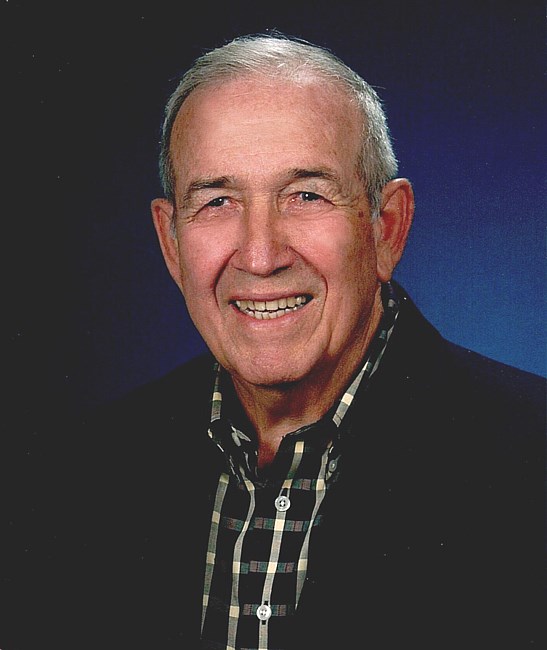 Fortified with the Sacraments of the Holy Mother church, Warren Anthony Dohack, age 93, of Saint Louis, Missouri passed away on Tuesday, January 17, 2023. He was born June 14, 1929 to Arthur F. and Esther (nee Vogel) Dohack who have preceded him in death along with his sons; Gary and Daniel Dohack, and a beloved sister, June Jackson. Warren is survived by his loving wife of forty-one years, Ruth (nee Johnson/Jolls), and his daughter, Gail (John) Skouby, and a step-son, Michael (Linda) Jolls. He was a grandfather to eight and a great-grandfather to six. He was a good friend to many and will be missed by all. Warren was best known for his kindness and big heart. He had a great sense of humor and accepted every challenge that came his way. In 1969 he was instrumental in putting in the first computer system at the MoPac Railroad, where he worked. He loved to watch sporting events and enjoyed playing golf with his buddies. Warren traveled with his wife to Europe, China, Thailand, Mexico, and the islands of Hawaii; plus quite a few years RV-ing across Canada, and the Gaspe peninsula, Nova Scotia; the United States, including a highlight, the Oregon Trail. A Mass of Christian Burial for Warren will be held Monday, January 30, 2023 at 10:00 AM at St. Catherine Laboure Catholic Church, 9740 Sappington Road, Sappington, MO 63128. Following the mass, there will be an entombment at Mount Hope Cemetery and Mausoleum, 1515 Lemay Ferry Road, St. Louis, MO 63125. Contributions in Warren's memory may be made to a charity of your choice. Fond memories and expressions of sympathy may be shared at www.HoffmeisterSouthCounty.com for the Dohack family.
See more See Less

In Memory Of Warren Anthony Dohack