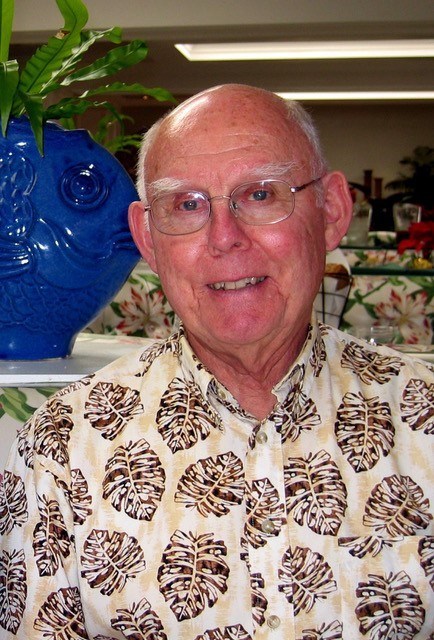 Donald W. Sherburne was born in Proctor, Vermont on April 21, 1929 and raised in nearby Rutland. He passed away on April 21, 2021 in St. Petersburg, Florida at the age of 92. He was the son of Dr. Hermon K. and Alma B. Sherburne and brother of Joel B. Sherburne, all of whom predeceased him. In 1955 Don married his college sweetheart, Elizabeth D. Sherburne, whom he met at Middlebury College. They were married for 65 years and had three children, Kevin D. Sherburne, Nancy E. Sherburne and Lynne D. Sherburne-Benz and five grandchildren – David B. Sherburne, Karl S. Benz, Helene S. Benz, Catherine E. Benz and Christopher S. Brace. Those who met Don were greeted by a warm handshake, ready smile and twinkling eye. He was a kind, gracious, and compassionate man with strong principles, a prodigious mind, and quick wit. A consummate teacher, he was loved by students, respected by peers, and sought out as a mentor by undergraduate and graduate students alike. One of the guiding principles he taught his children was tolerance of all people from different backgrounds and cultures. He was actively involved in the civil rights movement in Nashville in the 1960s. Throughout his education Don focused his studies on English and Philosophy. He earned a B. A. degree from Middlebury College, a B.A. Oxon. degree from Balliol College of Oxford University, and M.A. and Ph.D. degrees from Yale University. At Middlebury he was Valedictorian of his class and a member of Phi Beta Kappa. He was also a member of the Chi Psi fraternity. At Yale University Don became an Instructor in Philosophy while he was completing his graduate studies. He was then asked to come to Vanderbilt University to start a graduate program in Philosophy, which he subsequently did. He was a full professor and Chairman of the Philosophy Department at Vanderbilt for many years, on the Governing Council of the Metaphysical Society of America, and President of the Southern Society for Philosophy and Psychology. He wrote two books on Alfred North Whitehead, was the Editor of Soundings – An Interdisciplinary Journal, was the Cowling Visiting Professor of Philosophy at Carleton College, and received many academic and teaching excellence awards. At his retirement from Vanderbilt University in 1995 he was named Professor of Philosophy Emeritus. His teaching career spanned 38 years. During his high school and college years Don ran track, participating in the 100 meter and 220 meter events, which earned him the nickname “Speed.” He was a semi-finalist in the Vermont State Table Tennis Tournament in 1950. As an adult he developed a love of sailboat racing specifically Lightning Class sailboats. For more than 35 years sailing was a family affair for the Sherburne family and often involved trailering Don’s boat to local regattas on weekends and further distances to participate in the North American Lightning Championships each year. He was the North American Lightning Masters Champion in 1994 and Commodore of the Harbor Island Yacht Club (HIYC) in 1976. As a dance band pianist in high school and college, Big Band music from the 1940s was a personal favorite of his. And spending summers at his beloved cottage on Lake Dunmore was a family tradition spanning 60 years and 4 generations. In the three years between Oxford and Yale Don served in the U.S. Army during the Korean War. In retirement Don was an active member of the Academy of Senior Professionals at Eckerd College in St. Petersburg, Florida where he was the leader of the Philosophy and Socrates Cafe interest groups. In lieu of flowers, we would like to request donations to “The Sherburne Scholarship Fund” at Middlebury College. You can donate online using the following link: http://www.middlebury.edu/giving/ways. In the “Give To” box select “Other” and then type in “The Sherburne Scholarship Fund” on the line provided to direct the funds to that account.
See more See Less

In Memory Of Donald W Sherburne