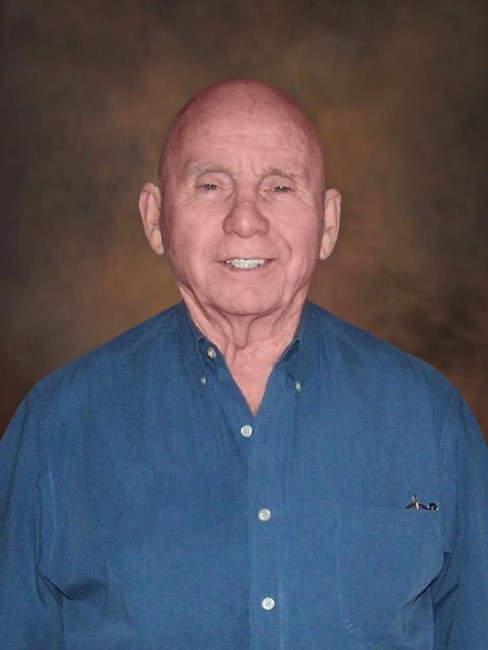 On Sunday, January 15th at 2:58 a.m., Bobby Lee Donalson passed away to join his Heavenly Father, family members and friends, waiting to welcome him home. Bobby is survived by his wife of 64 years, Pearline Donalson daughter Bobbie Jean and son Ed. Grandchildren Jason and wife Lesly, Lisa and husband Carl, Chris and wife Christa, and Jonathan and fiancé Ann. Great-grandchildren Lola, Randy, Alan, Isabella, Jasmine, Zoey, Kendall, Korrie, Kate, Tyler, Emma, and Morgan. Bobby served in the United States Air Force from 1954 to 1958. His service took him to Japan, in communications, and back to Washington D.C. After returning to Houston, he followed his brothers in the plumbing business. Preceded in death by his parents Barney and Bertie Donalson, Brothers James, George, J. T., Charles and sisters Juanita and Bonnie. Bobby will be missed by family and friends until we’re reunited with Jesus in our Heavenly Home. In lieu of flowers, the family ask that donations be made to the Alzheimer’s Association for Alzheimer’s Disease and Dementia. Fond memories and expressions of sympathy may be shared with his family at www.earthmansouthwest.com.
See more See Less

In Memory Of Bobby Donalson