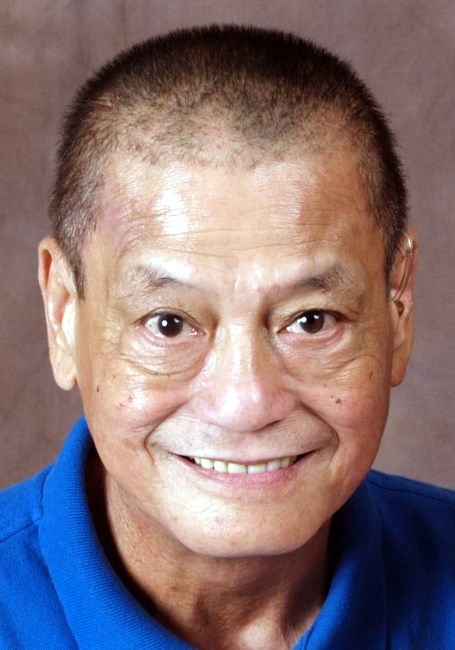 Geronimo, “Ronnie” Samonte Dyogi, age 67, passed away on Saturday, July 23, 2016 in Sugar Land, Texas. Geronimo was born in Manila, Philippines to the late Ramon Dyogi, Sr. and Aurora Samonte. Geronimo attended Mapúa Institute of Technology in the Philippines. He spent much of his adolescence and young adulthood in international travel and training beginning at the age of 6 years old in various athletics and would go on to represent the Philippines in Judo for the Munich Olympiad in 1972. Geronimo’s father, Ramon, Sr.’s work in the Philippine consulate allowed him to often attend Geronimo’s Judo matches. While living in Japan his coach steered him from his free-style wrestling beginnings to a world class judo athlete. Geronimo trained at Tokyo’s Kodokan Institute, established in 1882 by Jigoro Kano, the founder of Judo, and received his first dan (first degree) black belt in Japan at the young age of 15. He took third place at the Asian Games held in the Philippines and subsequently won third place in three Asian Judo Championships held in the Philippines (1966), Taiwan (1970), and South Korea (1974); fifth place and seventh place, respectively, in the World Championships held in Mexico (1969) and Germany (1971); and tenth place in the Olympic Games held in Munich (1972). After this long line of International Judo matches, he completed his competitive years and moved on to join the Dyogi family, who had immigrated to the United States. Geronimo’s family had moved from the Philippines and settled in San Francisco, California, where he met his wife, Evelyn in 1973. They married in 1977 and had 2 children, Michele and Stephanie. Geronimo held various roles throughout his working years, was a certified auto mechanic, and ran his own auto repair business. After moving from California to Texas, Geronimo worked for the City of West University Place, located in the Houston area, in their Public Works division. He retired after 15 years of proud service to the City of West University Place achieving multiple city-wide employee-of-the-year awards and gaining several certifications in water treatment operations. At his retirement celebration he had the honor of a standing ovation from his co-workers and friends. Geronimo is survived by his wife, Evelyn, daughter, Michele, daughter, Stephanie and her husband, Jonathan; and 2 grandsons, Alexander and Joseph. He is also survived by his siblings, Blanca, Marcial, Araceli, Albert, and predeceased by Ramon, Vicente, and Antonio – who recently passed away on July 8, 2016. Two visitations are scheduled at Earthman Southwest Funeral Home located in Stafford, Texas on Wednesday, July 27 from 5:00 pm to 8:00 pm and Thursday, July 28 with a Catholic Rosary starting at 6:30 pm and Funeral Vigil Liturgy to follow. The Funeral Mass will be held at St. Laurence Catholic Church in Sugar Land, Texas beginning at 10:00 am, with the burial to immediately follow at Davis Greenlawn Cemetery in Rosenberg, Texas. If you would like to make an offering for Ronnie's Family the following are ways to contribute to Geronimo “Ronnie” Dyogi’s Memorial Fund. Copy and paste the entire link in to your browser: PayPal (If you have a PayPal Account or would like to sign up) https://www.paypal.me/ronniedyogimemorial Venmo (If you have a Venmo Account or would like to sign up) http://venmo.com/Stephanie-Dyogi-Garcia?txn=pay&note=For+Geronimo+Dyogi+Memorial+Fund Go Fund Me: https://www.gofundme.com/ronniedmemorial Please send cards to: The Dyogi Family 142 Lissa Lane Sugar Land, TX 77479 Checks can be made payable to: Michele Dyogi Eternal rest grant unto Geronimo, O Lord, and may perpetual light shine upon Geronimo. May he rest in peace, Amen!
See more See Less