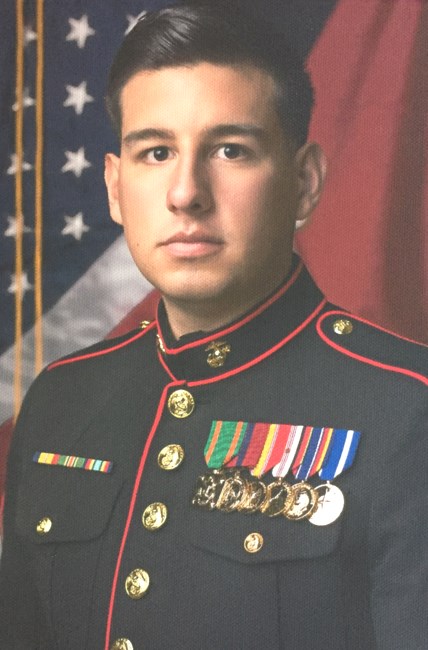 Mario Joseph Kletzke, 23 of Stafford passed away at his home on Saturday September 24, 2016. Mario is survived by his parents John and Norka Kletzke of Stafford, brother Michael Kletzke, sister Michelle Kletzke, nephew, Jaiden and his maternal grandparents; Mario and Sabina Padilla. Mario is a veteran of the United States Marine Corp. and an avid cross country runner. He is a graduate of North Stafford High School Class of 2012. The family will receive friends on Wednesday October 5, 2016 from 5pm-8pm at Mullins and Thompson Funeral Service. A Mass of Christian burial will be held on Thursday October 6 at 12:30pm at St. William of York Catholic Church in Stafford. Interment will follow at Quantico National Cemetery. In lieu of flowers the family has ask that expressions of sympathy take the form of donations to Mission22.com. You may also visit the following special site www.forevermario.com
See more See Less

In Memory Of Mario Joseph Kletzke