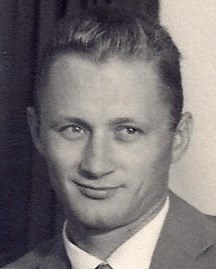 Joseph Csapilla, age 77, of Stamford, CT, died Wednesday, October 5, 2011. Joe was born in Budapest, Hungary on February 26, 1934 to Joseph Csapilla and Veronika Szabo. Joe is survived by his three children, Adrienne Muniz, Miklos Csapilla, and Yvette Belmont, and 11 grandchildren. Joe grew up in Hungary where he studied and trained as a swimmer. He eventually became a member of the Hungarian Olympic swim team in 1956. Shortly thereafter, Joe became a part of the Hungarian revolutionary movement and eventually fled Hungary to Basel, Switzerland with his first wife, Maria Pluhar. In 1961 Joe completed his Ph.D. in Chemistry at the University of Basel, where he studied under Nobel Laureate, Tadeus Reichstein. Joe continued his post-doctorate studies at the University of Michigan at Ann Arbor and then moved to Stamford, CT, where he started a brilliant career as a chemist and inventor at American Cyanamid and Cytec. Joe developed and registered four (4) patents during his employment. He retired from Cytec in 1995. Joe was a truly gifted athlete. He spent many years competing in the Fairfield County tennis and paddle tennis circuits and won many local championships in Men’s Singles, Men’s Doubles and Mixed Doubles competitions. Anyone who competed against Joe knew they were in for an epic battle because of his fierce and tenacious competitive spirit. Because of his superior fitness and will to win, Joe continued competing successfully well into his 60’s against opponents often 20-30 years his junior. Joe enjoyed skiing, jazz music, cycling, gardening, fine wine, good conversation and world travel. Joe was also a frequent contributor to The Stamford Advocate, commenting most often on professional tennis Grand Slam events. Joe’s strong opinions were well known to his friends, acquaintances, and family. Joe was predeceased by his fourth wife, Marion Scotto of Westchester County, NY, who he lost to cancer in 2009. Calling hours will be held at the Leo P. Gallagher & Son Funeral Home, 2900 Summer Street, Stamford, CT on Friday, October 14, 2011 from 4:00 to 7:00 p.m. No funeral services are scheduled.
See more See Less

In Memory Of Joseph Csapilla