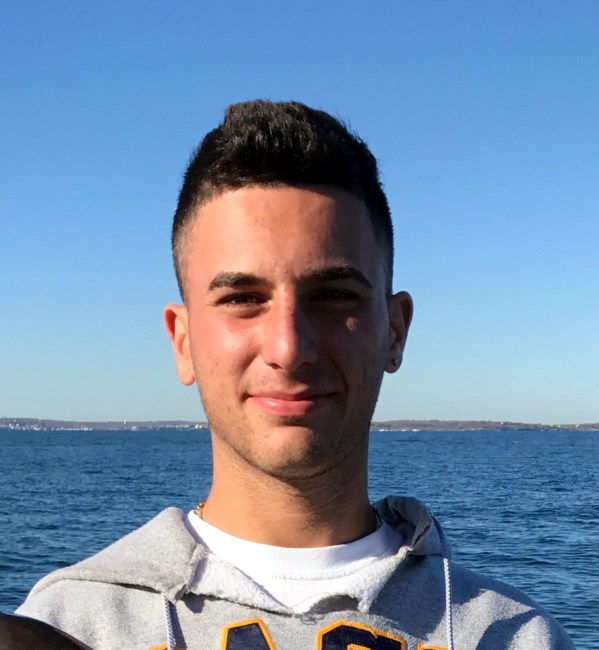 Lucas Alexander Salem, age 20, a lifelong resident of Stamford, CT passed away unexpectedly on Saturday, February 4, 2017. He was the beloved son of Mary Savastano Salem and the late Norman J. Salem, Jr. He was the brother of Angelica Mae Salem, and boyfriend of Mia Vitti. Lucas was the devoted grandson of Orlando L. and Maureen M. Savastano, and Mary B. Salem. He was the nephew of Amy Savastano-Benevides (Carl), Nancy A. Savastano, Jonathan D. Savastano, Joseph Salem (Maria), and James Salem (Joan). Lucas was also the adoring cousin of Ross, Samantha, Andrea, Carl, Jessica, Jonathan, and Christopher. Lucas was a graduate of Trinity Catholic High in Stamford, CT and took classes at Norwalk Community College. He was employed full time at Marine Max in Norwalk, CT, where he developed many wonderful relationships with his colleagues. Lucas was also a member of the Rhode Island Anglers Association. Lucas had a zest for life and will be dearly missed by all who knew him. His smile and the twinkle in his eyes will be missed but not forgotten. Lucas’ passion for the ocean and fishing with his grandfather were his greatest joys. He loved with abandon and would do anything for those fortunate enough to know him. For those who loved him, it is hard to image a world without him. Calling hours on Thursday, February 9, from 4-8 at Leo P. Gallagher & Son Funeral Home, 2900 Summer St., Stamford, CT. Mass of Christian burial will be at St. Leo’s Parish, 24 Roxbury Road, Stamford, CT on Friday, February 10 at 11:00am. In lieu of flowers a donation may be made to Voice Of An Angel, 129 Edward Place, Stamford, CT 06905. For obituary/on-line guest book, visit www.leopgallagherstamford.com.
See more See Less

In Memory Of Lucas Alexander Salem