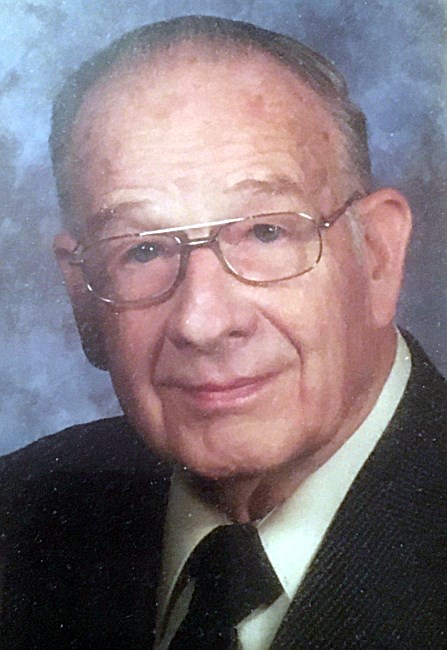 Walter "Buddy" Marsh, Cavin, Jr., 93, passed away May 3, 2022 in Dallas, NC. He was born in Charlotte to the late Walter Marsh Cavin, Sr. and Margaret Comer Cavin. He attended Stanley High School, Belmont Abbey, and graduated from Pfeifer College. Mr. Cavin worked for Duke Energy (Duke Power) as Plant Chemist at the Riverbend Steam Station in Mt. Holly for 38 years, retiring in 1989. Buddy enjoyed camping with his family in a 1952 school bus that he converted into a camper. The family camped in this bus for 18 years. He was a member of First Presbyterian Church in Stanley, beginning in 1931, at the age of 3, until his passing. He served there as a Deacon for several years. He also participated in drag racing in the Charlotte area during the 1940's and 50's. He was present at the very first NASCAR race in 1948. In addition to his parents, he is preceded in passing by his wife of 34 years, Betty Kathryn (Shirley) Cavin who passed away in 1996, his wife of 13 years, Jean (Washam) Cavin, who passed away in 2016 and his sister, Peggy Cavin Clark. He is survived by his son, Walter Stephen Cavin (Jennifer); daughter, Shirley Britt Cavin Chucci (Henry); stepdaughter, Tracy Kerley; grandchildren, Candace Beal (Paul), Kevin Chucci, Kathryn Cavin, Vicka Cavin, and Walter Alex Cavin and great granddaughters, Brooklynn, Logan and Autumn Beal, A visitation for Buddy will be held Sunday, May 8, 2022 from 2:00 pm to 3:00 pm at First Presbyterian Church, 512 Old Mount Holly Road, Stanley, North Carolina 28164 with the funeral service beginning at 3:00 pm. The committal service will follow at Hillcrest Gardens Cemetery in Mount Holly, NC. In lieu of flowers, the family requests that memorial contributions be made to Robin Johnson Hospice House or First Presbyterian Church in Stanley. Fond memories and expressions of sympathy may be shared at www.carothersfuneralhomestanley.com for the Cavin Family.
See more See Less