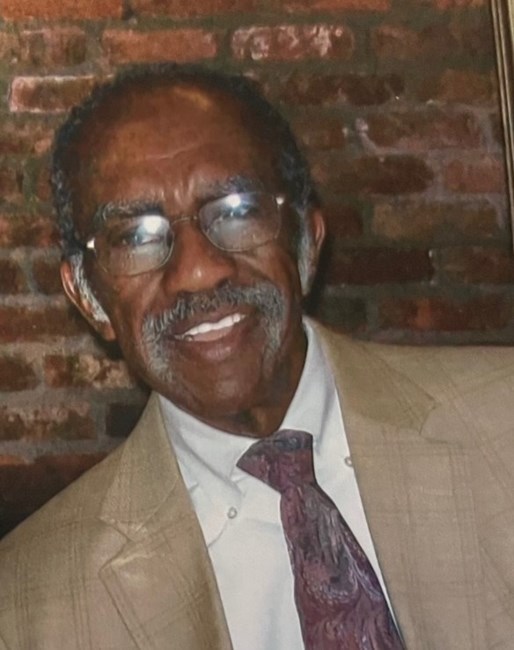 Clarence Blair was the fifth child born to the late George Blair, Sr. and the late Ruby (nee Smith) Blair. He was born on August 3, 1942, he departed this life on September 15, 2022. A native Staten Islander, Clarence was affectionately known to many as Mr. Blair, Mr. B, or simply Pop-Pop. Mr. Blair grew up in Stapleton and graduated from McKee High School. He was also a graduate of the American Institute of Banking. He worked at Morgan Guaranty Trust for (32) years and later worked at U.S. Trust for (10) years before retiring in 2008. During his retirement he spent time walking through his West Brighton neighborhood, working in his yard as well as sitting on the front porch to chat with passersby. He also took joy in attending drawing classes at Snug Harbor Art Lab. He was an avid Civil War historian and enjoyed making and crafting replica military soldiers. He was also a NY Mets fan and attended many baseball games with his family. He also enjoyed trips to Atlantic City. He was a long time member of Stapleton U.A.M.E Church. Clarence was devoted to his family and is survived by his loving wife of 58 years, Adrienne, two (2) daughters Stacey Blair-Greenfield and Wendy D. Maldonado, son-in-law, Joseph R. Maldonado, III, three (3) grandchildren, Marissa DiMarco, Joseph R. Maldonado, IV and Jason Clarence Maldonado, and one (1) great-granddaughter, Adriana Rose DiMarco. He is also survived by his brother Stephen Blair, and three (3) sisters, Mamie Daniels, Charlotte Parham and Jenny Adams as well as many nieces, nephews and cousins. He was pre-deceased by three (3) brothers: Charles, Robert and George Blair, Jr. Fond memories and expressions of sympathy may be shared at www.harmonfuneralhome.net for the BLAIR family.
See more See Less

In Memory Of Clarence Blair