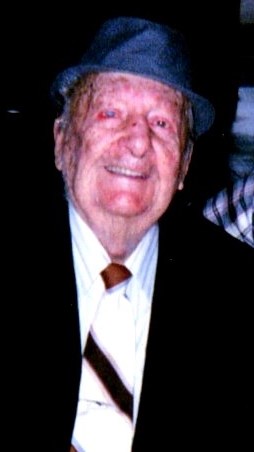 Ivan Delistovich, age 90, of Staten Island, New York passed peacefully in his sleep on Monday, September 19, 2022. Ivan was born on February 9, 1932, in Premuda, an island off the coast of Croatia. He learned a trade as a patten maker in Rijeka Croatia. He came to America as a young man and was instantly drafted into the Army and served in the Korean War. He married his wife Mary Milin (nee) and they had three sons. Charles , Ivan and Pasko. Ivan was a man of many talents. With a lifelong love of the sea he took is wife to Savannah Georgia and bought a boat and earned a living harvesting shrimp. It was in Savannah that his three sons were born. In 1967 he returned to New York and resided in Staten Island ever since. He worked part time in the Great kills boat yard fixing wooden boats. Ivan renewed his interest in his work as a patten maker and was employed by multiple companies and himself until retiring. One of his greatest joys was fishing! He shared it with his friends and his grandsons. Ivan loved seeing his grandchildren and spending time with them. Especially, when they would come to Croatia in the summer where he spent most of his summers. Ivan is survived by his two sons Pasko and Ivan and their wives and 5 grandchildren and 3 great grandchildren. A visitation for Ivan will be held Thursday, September 22, 2022 from 3:00 PM to 7:00 PM at Casey McCallum Rice South Shore Funeral Home, 30 Nelson Avenue, Staten Island, NY 10308. A funeral service will occur Friday, September 23, 2022 from 9:45 AM to 10:45 AM at St. Clare Church, 110 Nelson Ave, Staten Island, NY 10308. A committal service will occur Friday, September 23, 2022 from 11:15 AM to 11:30 AM at Resurrection Cemetery, 361 Sharrott Avenue, Staten Island, NY 10309.
See more See Less

In Memory Of Ivan Delistovich