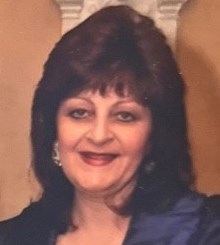 Rosemarie Callahan (Beloved Wife, Mother and President of Staten Island Children’s Theatre Association), 67 Rosemarie Callahan, (nee Girello) left this world on Saturday, September 17th surrounded by her family, after a courageous 7 and a half year long battle with ovarian cancer. Rosemarie’s never-ending faith and love touched the lives of generations of Staten Islanders through her teaching and performances. Rosemarie was born on Staten Island to Virginia and Vincent Girello. who instilled in her and siblings Carmela and Paul, a great love of family and faith. Rosemarie was blessed with talents of a beautiful singing voice and a radiant presence on the stage. While attending Moore Catholic High School, she began her love of theater by performing with the Glee Club and in leading roles in musicals. Rosemarie went on to attend Wagner College as a Theater Major where she appeared in many main-stage productions. Rosemarie and her husband Ed met while auditioning for a community theater production, and went on to perform for many years in leading roles in the Island’s community theater venues. After marrying in 1977, this love of theater was passed on to their family, daughters Melissa and Katherine and granddaughter Claire. Rosemarie enjoyed planning family memories whether it be finding a quaint getaway, spending time with her beloved pets, going on shopping excursions, or having the perfect tea party. She instilled her spirituality in her family through prayer, conversation and candles. Her home was filled with beautiful collections of collectibles, and memories of happy times. Aside from her family, her greatest pride and passion was her lifelong career with the Staten Island Children’s Theatre Association. Rosemarie Callahan began as a teacher in 1985, and later became the Artistic Director. In 2018, in the middle of her cancer battle, Rosemarie incorporated this program into a 501C3 Non-Profit Organization, of which she was the President. Under her direction, the theater has produced over 100 productions and workshops for thousands of children ages five through eighteen and produced programming for children of all ages and school groups in the NYC area. In her teaching, Rosemarie emphasized the importance of emotional and human connection and took great joy in watching all her students both on and off the stage. She created a family of students, and alumni that spans across generations. Rosemarie continued to produce theater until her final day. Rosemarie was the 2015 recipient of the Captain Randall Community Service Award at the Neptune Ball at Snug Harbor Cultural Center for her continued service for the youth of Staten Island, winner of the 2015 Minty Award for Community Enrichment and a 2022 inductee to the Moore Catholic High School Hall of Fame. In her acceptance speech from May of 2022, Rosemarie wrote “Looking back I am most proud of the family bond that Staten Island Children’s Theatre Association, Inc. represents, and know that whatever path the students choose, they are making the world a better place.” Her daughter Melissa is quoted as saying, “My mother is a woman who spoke from the heart, led with her heart and taught from her heart. She believed in love, faith and God. She is and will continue to be an inspiration to us all.” Rosemarie is survived by her husband Edward, daughters Melissa Rivas (Sean), Katherine Scala (Matt), granddaughter Claire, Billy Piscopo who was like a son to her, sister Carmela Palantone (Steve) and brother Paul Girello (Sondra). Visitors will be received at Harmon Funeral Home on Wednesday from 2-4 and 7-9 PM. A mass will be held on Thursday at 11 AM at Blessed Sacrament Church. Donations can be made to the Staten Island Children’s Theatre Association Inc., to continue her legacy.
See more See Less

In Memory Of Rosemarie Callahan