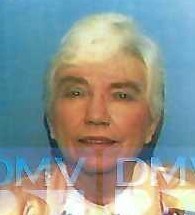 Betty L. Parker Johnston, age 90, made the transition to another level of existence on May 13th, 2022. Betty was born in Wilkes County on Parker Farm Rd, to Leslie Spurgeon and Sarah Beatrice Anderson Parker. She graduated Wilkesboro High in 1950, she then attended Berea College in KY (where she sang Handel's Messiah for five Christmas' and an Easter), and got a BA in 1955. After college she moved to Oak Park, IL, where she shared an apartment with her sister-in-law's mother. She was employed at Oak Park Public Library and while working there obtained a Master's degree in Library Science at Rosary College in River Forest. In 1958, she moved to Riverside, CA, and worked at Riverside Public Library. She married Delmar Ronk, then became widowed. Later she met and married widower, Bob Johnson, who was in the Air Force stationed at Marchfield and became an instant mother to his 3 children ages 6, 8, and 11. She worked as a social worker. After Bob's retirement, they moved to Santa Barbara, where she worked as a social worker for disabled clients. In 1977, they moved back to Riverside where she worked in Child Protection Services. In 1989, Betty was chosen to develop a foster parent training program as a pilot project for the state of CA. She prepared a program for foster care licensed applications which she taught for five years. In 1995, she retired, and she and Bob moved to Statesville, NC, where he worked in real estate becoming President of the 900 member group in Riverside. They both loved to travel, and cruised to the Caribbean and Hawaii. She was preceded in death by her parents, Leslie Spurgeon and Sara Beatrice Anderson Parker; brothers, Edward Wayne and William Edsel Parker; husbands: Delmar Burdell Ronk and Robert Johnston, Jr.; and son, Robert G. Johnston III. A visitation will be held, Wednesday, May 18, 2022, from 5-5:30 pm at Bunch-Johnson Funeral Home, with a funeral service to follow at 5:30 pm to honor her life, in the funeral home chapel. On Thursday, an 11 am funeral service will be held at Fishing Creek Baptist Church, in Wilkesboro, N.C., with burial to follow in the church cemetery. Bunch-Johnson is honored to be serving the Johnston family. Fond memories and expressions of sympathy may be shared at www.bunchjohnsonfuneralhome.com for the Johnston family.
See more See Less