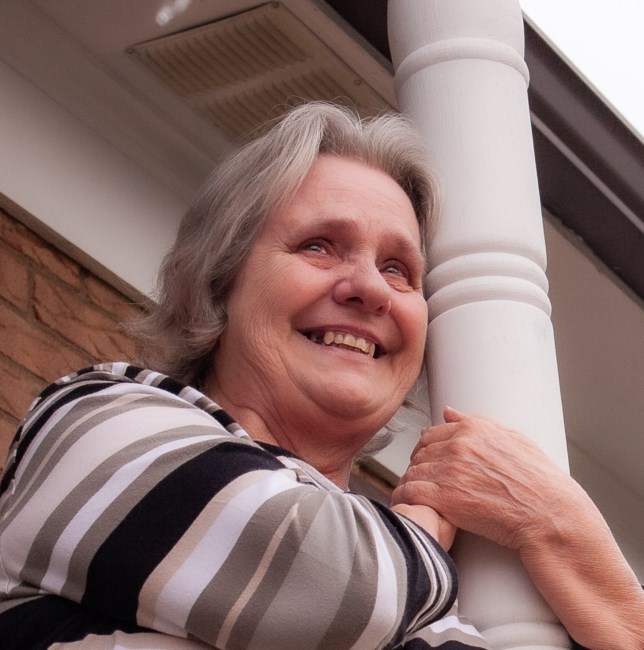 Glenda Kay Ballard, 74, of Statesville, NC, passed away Thursday, September 15th, 2022, at Gordon's Hospice House. Born in Rowan County, October 4th, 1947, she was the daughter of the late William Jones and Hazel Rodgerson. Mrs. Ballard was a homemaker to beloved family and the many that walked through her life. Her door was always open as well as her hugs. On December 10th, 1966 she married the love of her life Tommy Ray Ballard. Together they raised four children and the joys of their life, the grandchildren, whom they spoiled with love. In addition to her parents, she was preceded in death by her beloved husband Tommy Ray Ballard, one sister, Sandy Jones, and one infant brother Donald Glen Jones. Those left to cherish her memory are four children, Ray (Brandy) Ballard Jr, Teresa (Frank) Hall, Mark Ballard, and Mandy (Anthony) Weston; six grandchildren, Alex Hall, Kenzie (Blake) Hall, Rayna Hall, Elizabeth (Kendall) Weston, Zach (Bri) Weston, and Shannon Weston; and one great granddaughter, Evelynn Faith Weston. She is further survived by her sisters and brother, Betty Sanders, Pat Shoemaker, Sylvia Myers, Shirley (Turtle) Pitts, Debbie Icenhour, Jerry Jones, and Mary Mclain. The family will receive friends Tuesday, September 20th, from 12:30-1:30 at Calvary Baptist Church with funeral service from 1:30-2:30. Reverend Dr. Chris Haizlip and Dermont Crabtree are officiating. Burial will follow at Iredell Memorial Gardens. In lieu of flowers, the family has requested memorial contributions be made to Calvary Baptist Church, 504 Whites Mill Rd, Satesville, NC 28677, or to Hospice and Palliative Care of Iredell County, 2341 Simonton Rd, Statesville, NC 28625. Bunch-Johnson Funeral Home is proud to be serving the Ballard family.
See more See Less

In Memory Of Glenda Kay Ballard