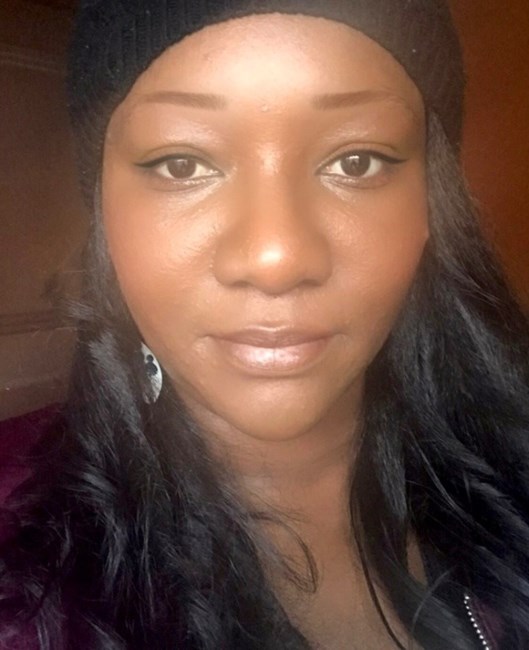 Nancy Rena Brown, 43, passed away Thursday, January, 19, 2023, at Glenn A. Kiser Hospice House in Salisbury, North Carolina. She was born in Philadelphia, Pennsylvania, on January 23, 1979, to the late Charles M. and Bertha Pullian Shivers. Nancy was united in holy matrimony in 2001 to Clifford Brown, Sr., and to this union two children were born. She was preceded in death by her sisters, Suzette and Tanya Shivers, and Lisa Myers; her favorite niece, Lakeina M. Francis; and her favorite nephew, Reuben Isschaarr Myers. Nancy started her education in the Philadelphia, P.A. school system. She later transferred to the Colorado Springs school system where she obtained her high school diploma. Nancy attended a nursing program in Philadelphia, P.A., where she graduated as a phlebotomist and later received her Medical Records Certificate as an undergraduate at Phoenix University. Nancy Brown then wanted a change of direction and decided she wanted to be more involved with the less fortunate children of today’s modern world. So, she went for a degree in the field of criminal justice, where she graduated with a Bachelor of Science in the Correctional Program Support Services. As she worked for the Rowan County Clerk’s Office, she pursued her next goal, which was a Master’s Degree of Science in the Administration of Justice and Security obtained from Phoenix University. Nancy was a true survivor until the very end, as she was battling stage four breast cancer while enrolled in Phoenix University with a 4.0 GPA and one class left to graduate with her second Master of Arts in Education/Adult Education in Training. Nancy Rena Brown was a charismatic & outgoing person who saw natural beauty in the world around her. She was always a happy-go-lucky woman, where the true essence of her love for her family and her love for others would shine on her face. Nancy R. Brown will truly be missed as she leaves behind many fun times and memories to be cherished by her husband, Clifford Brown, Sr., of Salisbury, N.C.; two sons, Jahmir M. Stokes, of Raleigh, N.C., and Clifford Brown, Jr. of Salisbury, N.C.; sisters, Sandra Francis, and her husband Ronald, of Woodleaf, N.C., and Sabra Moore, of Philadelphia, P.A.; a sister-friend Tonya Meade of Salisbury, N.C.; and a special daughter, Beylla Shaw, of Carrboro, N.C. Extended family members include, Marcia Hamilton, Carlyn Holmes, and Pierre Hamilton of Statesville, N.C.; one uncle, Dr. Newton Pullian, of Mt. Eden, C.A.; and a host of nephews, nieces, cousins, and friends. The family will receive friends at Bunch-Johnson Funeral Home on Saturday, January 28, 2023, from noon until 1 p.m. The funeral service will begin at 1 p.m. Burial will follow at Oakwood Cemetery. Fond memories and expressions of sympathy may be shared at www.bunchjohnsonfuneralhome.com for the Brown family. The service will be live streamed and can be viewed by using the link: http://www.facebook.com/BunchJohnsonFuneral
See more See Less

In Memory Of Nancy Rena Brown