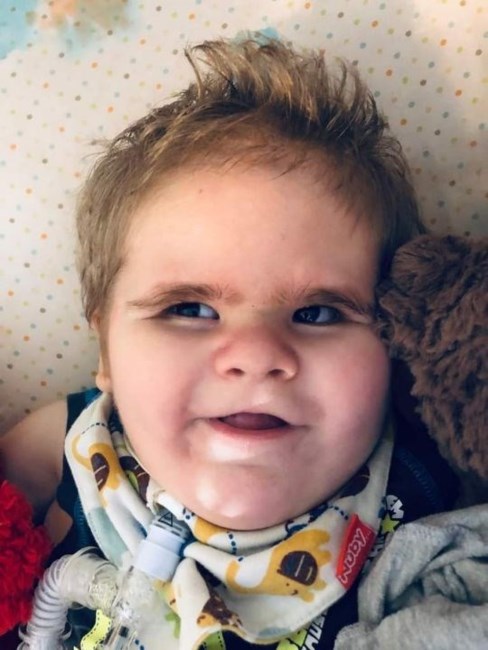 Walker Morris Chapman, 6, of Statesville N.C., passed away on July 31st, 2022. He was born on January 12th, 2016, to Steven and Emma Chapman in Bismarck, N.D. Walker was preceded in death by his sister, Arielle Chapman. Those left to cherish his memory are his parents, Steven Chapman and Emma Chapman; sister, Willow Chapman; brother, Wyatt Chapman; grandparents, Scyanna Brooks, Peggy Gober, David Chapman, and George Knight; great grandmothers, Diane Chapman and Mary Shrewbury; aunts, Kodie Knight, Abbi Knight, Mikayla Brooks, and Kaleigh Gober; uncle, Joe Gober; and numerous aunts, uncles, and cousins. The family wants to extend a special thanks to the staff at Bayada for their help in caring for Walker. In lieu of flowers, the family requests donations be made to the Ronald McDonald House. A memorial service will be held Thursday, August 4th, at Eufola Baptist Church with visitation at 3pm and service at 4pm. Services will be led by Jake Potter. Bunch-Johnson Funeral Home is proud to be serving the Chapman family.
See more See Less

In Memory Of Walker Morris Chapman