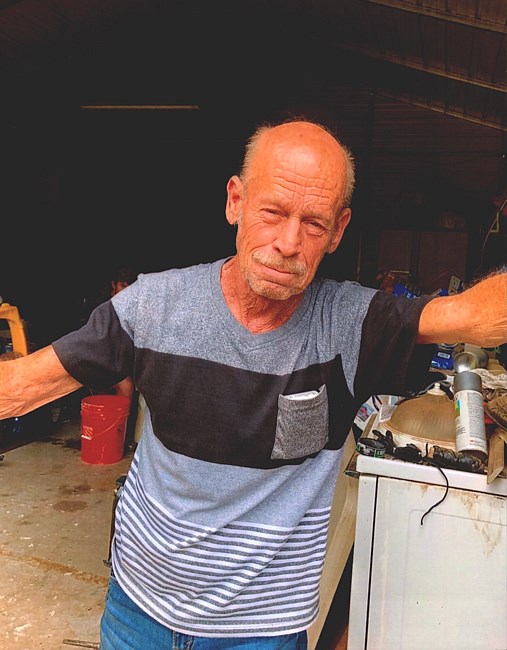 Albert Alan Jones, age 69, of McDonough, Georgia passed away on Wednesday, August 3, 2022. Albert was born April 17, 1953. Alan was born in Atlanta, GA to the late Albert and Virtie Jones. He enjoyed painting and woodwork, but most of all, he loved spending time with his family and friends. Traveling from the mountains to the beaches was a favorite pastime as well. Alan was a beloved husband, father, and grandfather who will be deeply missed by all who knew him. In addition to his parents, Alan was preceded in death by one brother, Gary Jones. He is survived by his loving wife of 30 years, Mrs. Sheila Dianne Jones; three sisters, Carol Clark (Lee), Joy Jones, and Tracy Inman (Tommy); seven children, Kevin Jones, Travis Jones (Jennifer), Jason Jones, Toby Westbrooks, Eric Jones (Stevi), Brandy Thomas (Troy), and Josh Jones (Julie); 19 grandchildren, Justin, Bryan, Taylor, Hannah (Jose), Shae, Jace, Charity, Isabella, Dylan, Luke, Maddie, Connor, Timothy, Gray, Ellie, Ginny, Landyn, Amelia, and Linkoln; six great grandchildren, several nieces, nephews, and extended family members. A visitation of family and friends for Albert will be held Tuesday, August 9, 2022 from 4:00 PM to 7:00 PM at Horis A. Ward Funeral Home - Fairview Chapel | 376 Fairview Road Stockbridge, Georgia 30281. Additional visitation will occur Wednesday, August 10, 2022 from 12:00 PM to 1:00 PM, preceding a celebration of Alan's life at 1:00 PM in Ward's Chapel. Services will conclude with a graveside committal at Fairview Memorial Gardens | 164 Fairview Road Stockbridge, Georgia 30281. Fond memories and expressions of sympathy may be shared at www.horisawardfairviewchapel.com for the Jones family.
See more See Less

In Memory Of Albert Alan Jones