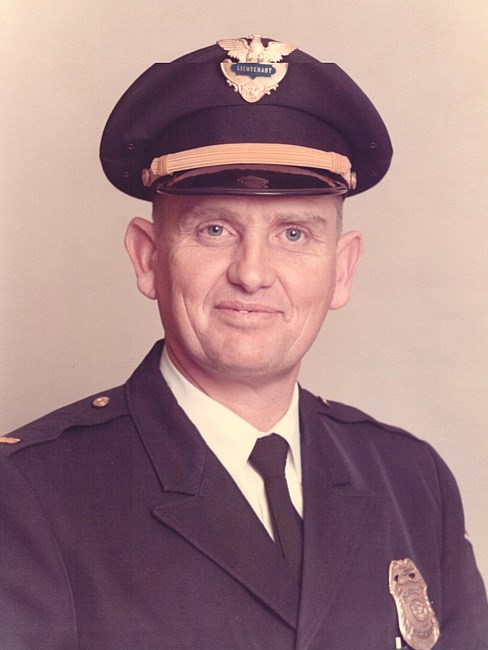 Raymond McAfee Black, Sr., age 91, of Marietta, GA went home to be with the Lord on Monday, January 17, 2022. Born in Dalton, GA on June 29, 1930, Raymond was the third of seven children born to Roy and Dovie Black. He served in the US Air Force from 1950-54 and was stationed in Sonthofen, Germany where he met his wife Hermine Wolf. The couple married in May 1955 and had two children. Raymond attended Georgia State University and John Marshall Law School in Atlanta and went on to serve a 31-year career as a Lieutenant with the Atlanta Police Department. In 1964, he received commendation by a Georgia Senate House Resolution for his “devotion to duty” as a member of the APD. After the death of his wife Hermine in 1991 and son Raymond, Jr. in 1993, Raymond Sr. moved from Lithonia to Marietta to live with his daughter Sandra and her family. He devoted his time and energies to the busy family for many wonderful years and enjoyed the friendships he made at Marietta Alliance Church. While he was very proud of his career as a policeman and public servant, his greatest joy was found in ministering to his family. Raymond lived a life of genuine faith in the Lord Jesus Christ and was characterized by humble and faithful service to those around him. Surviving family includes daughter, Sandra Black Breaden and husband David Breaden of Marietta, GA; grandsons, Matthew Breaden of Woodstock, GA and Raymond Black III of Arendal, Norway; granddaughters, Ashley Breaden Smith of Acworth, GA, Courtney Breaden Ramos of South Lyon, MI, Chelsea Breaden Meyers of Worthington, OH, and Rachel Black of Oslo, Norway. He leaves behind eight great-grandchildren as well as several nieces and nephews. A visitation of family and friends will be held for Raymond on Saturday, January 29, 2022 from 12:00 PM to 2:00 PM at Horis A. Ward Funeral Home - Fairview Chapel | 376 Fairview Road Stockbridge, Georgia 30281. Following the visitation, a graveside celebration of his life and committal service will be held at 2:00 PM at Fairview Memorial Gardens | 164 Fairview Road Stockbridge, Georgia 30281. Fond memories and expressions of sympathy may be shared at www.horisawardfairviewchapel.com for the Black family.
See more See Less

In Memory Of Raymond McAfee Black